Francis Atwoli is a well-known and well-liked Kenyan personality. Atwoli has become one of Kenya’s greatest content creators in one way or another, adorning himself in designer clothes, expensive accessories, and a touch of confidence to speak his mind.

He is  popularly known for his humurous hastags like “In whose hands will we be safe?”, “Shenzi Sana”, and “Alaaa!”

The heavily influential personality is the longest-serving COTU Secretary-General, and one of Kenya’s wealthiest men valued at close to Ksh 1 billion.

Francis Atwoli was born on June 6, 1949 in Kakamega County, Kenya where he spent the majority of his life before his career required him to relocate to Kajiado and later travel around the world as his profession required.

In a previous interview, Atwoli stated that he began working in June 1967 and is best known for his efforts to revolutionize trade unionism and improve workers’ welfare in the workplace. He has been dubbed “the voice of the common working mwananchi” for his work.

During his tenure, he instituted paternity leave and strictly enforced labor laws. He has been with the Central Organization of Trade Unions for about twenty years and has become synonymous with the union that spearheads Labor Day celebrations while wearing the distinctive purple shirt.

The COTU Sec-Gen is a teetotaler and a devout Catholic. He is a devout member of the church who makes it a point to attend all masses.

As of 2021, Atwoli is polygamous and has three wives. Jenifer Khainza Atwoli is the name of his first wife, whom he describes as a respectful wife, as opposed to Roselinder Simiyu, the name of his second wife. 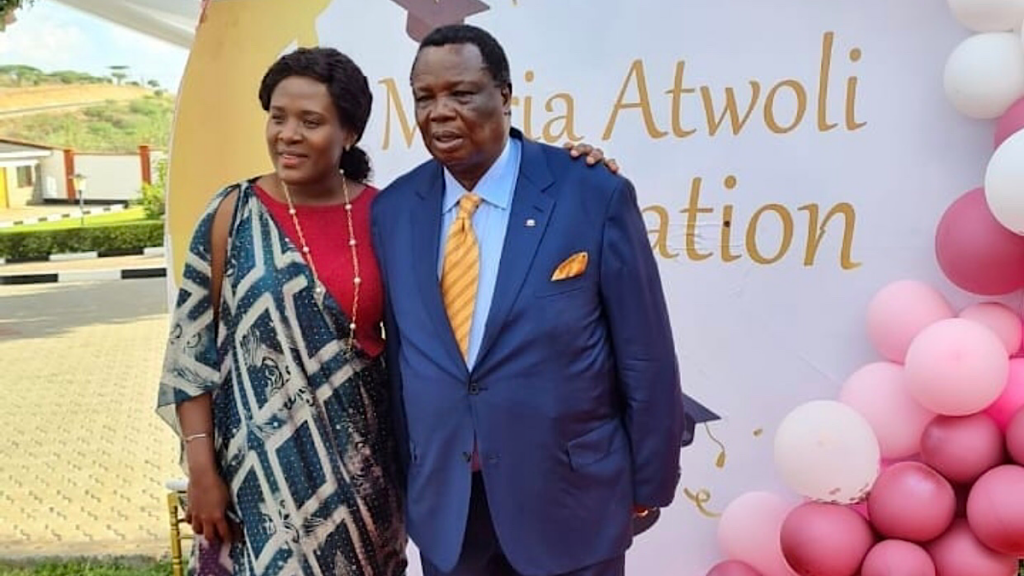 Mary Kilobi, a former KTN news anchor, is Atwoli’s third wife. His marriage to Mary was sharply criticized due to their 35-year age difference, which he dismissed because the two have been happily married since 2018.

Francis Atwoli Net Worth and Property 2021

Atwoli is a wealthy man who is not afraid to flaunt his wealth. His clothes are always designer or custom-made and cost millions of dollars.

He is decked out in opulent accessories such as the world’s most expensive watch, a Franck Muller, gold rings, and the most recent phone models. These he flaunts on national television, once throwing a brand new phone at a caller while being interviewed on JKLive.

The COTU Sec-Gen also has a fleet of luxury vehicles worth Ksh 600,000,000, including a Mercedes Benz S300 Model and a Mercedes Maybach 6 Cabriolet.

Atwoli’s mansion in Kumpa, Kajiado, is nothing short of a palace. The mansion has a 100-car parking lot, a 300-person restaurant, numerous guest rooms, a helipad, and well-kept lawns. Atwoli receives allowances from the various boards he serves on in addition to a monthly salary of not less than Ksh 5,000,000 from COTU. He is not only reliant on his salary, but he also runs businesses such as a large flower farm and residential houses in Nakuru and Nairobi.

In a statement of his wealth, Atwoli stated that he once loaned Cyrus Jirongo Ksh 110,000,000 with no collateral required, with the loan to be repaid in fifty days. However, the debt was not repaid, and the case was taken to court.

How powerful does one have to be to have a road named after them? Francis Atwoli’s contributions to championing workers’ rights for the past 54 years have earned him this honor. In honor of his efforts, Mandera Road was renamed Francis Atwoli Road.