The selection of Prof. Chrispus Kiamba as the chair of the Kenyatta University Council by his replacement, Prof. George Magoha, has been reversed by Education Cabinet Secretary Ezekiel Machogu. 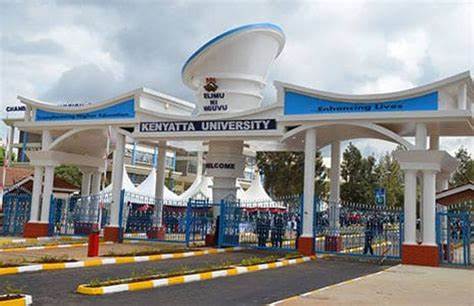 Prof. Kiamba was fired by CS Machogu and replaced by Shem Migot-Adholla in a gazette notice published on Friday. Prof. Kiamba had a falling out with the previous administration over Kenyatta University land, which led to his dismissal from the same job.

Additionally, Eric Kindon Sila and Mary Mugo were chosen by the CS to serve on the new council for a year each.

“In exercise of powers conferred by section 36 (1) (a) and (d) of the Universities Act, 2012, the Cabinet Secretary for Education appoints Shem Migot-Adholla, as the chairperson and Eric Kindon Sila, Mary Mugo, as members of the Council of Kenyatta University for a period of one (1) year with effect from 4th November 2022,” read the notice.

After refusing to turn over the university’s title deed to the ministry of lands for excision since the institution had a long-term development master plan that covered the entire plot, Mr. Migot-Adholla was fired.

After a conflict with the government over certain university-owned land, Prof. Wainaina was fired in August of this year.

When then-President Uhuru Kenyatta requested that the government allot a portion of the land to the World Health Organization, Prof. Wainaina and the council, which was then also led by Mr. Migot-Adholla, protested (WHO).

The former Head of State became enraged when the university don claimed that the way the land was being taken over was typical of land grabbing.

Musician Samidoh hospitalized in US, Here is why