On January 23, 2023, while speaking to mourners at the burial of Ms Pauline Nyokabi Kuria, Gachagua told the famed artist, real name Samwel Muchoki, that he was becoming an embarrassment to the community rather than a role model.

Moses Kuria, the Trade Cabinet Secretary, was the deceased’s sister.

The occasion was attended by President William Ruto and the mugiithi singer.

“We love you and your songs but you are now embarrassing us. Control your wives. You are my friend and I am ready to advice you on how to do that,” said the DP.

“We do not want outsiders to know how we manage our things here. Those in the West are only allowed to have one wife.” 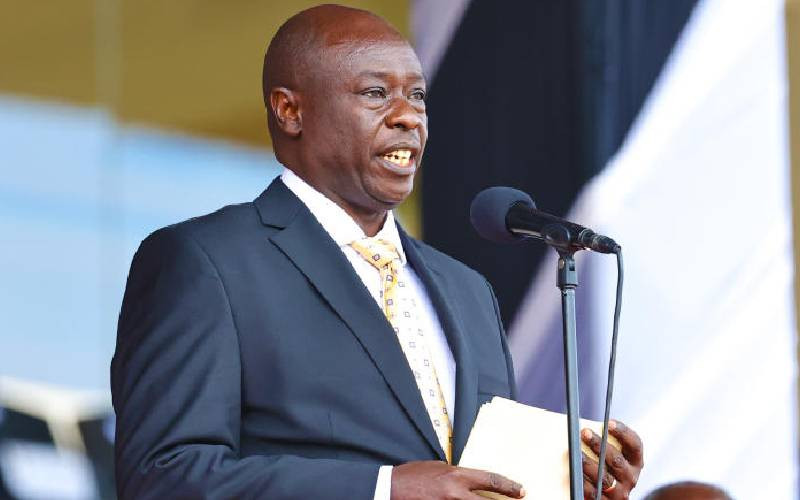 The tussle happened at a concert where the vernacular musician was performing in Dubai.

At the concert, Ms Nyamu, a nominated Senator, was seen seating on Samidoh in the presence of Ms Nderitu causing a commotion between the trio.

At some point, Ms Nyamu who appeared intoxicated, also went on stage to dance as her baby daddy was performing but without prior consent from the event organisers.

She was forcefully removed from stage and led away from the event by mean-looking security detail.

The event attracted an uproar with the United Democratic Alliance, (UDA) a political outfit which Ms Nyamu is a member, suggesting disciplinary action.

The DP has further wanted that Samidoh, also a career policeman, could be barred from travelling out of the country if he doesnt put his private life in order.

"We don't recognize Ruto as President of Kenya" - Raila Declares

45 Million only! Thee Pluto Reveals How Much He's Selling His YouTube Channel