When Ken Owuor Ondeng revealed in October that he has a degree in communication and tourism from the University of Nairobi but works as a security guard, it grieved many people. 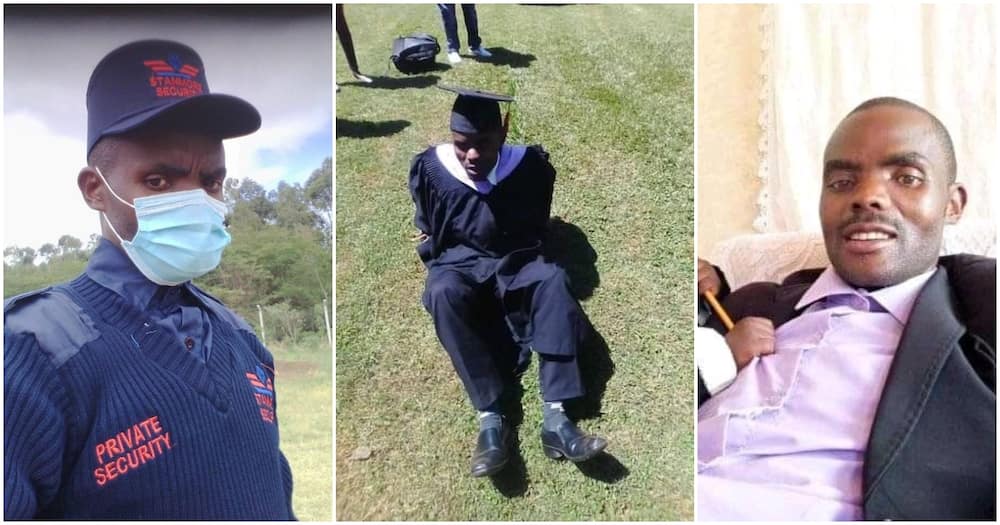 The graduate of Starehe Boys bemoaned the fact that he put in all of the effort in school in the hope of improving the family’s financial situation but the job market turned him down.

Since then, he had been forced to accept a low-paying post as a guard with Lavington Security, a job he believed was unworthy of a man with his level of education.

After the tale was published on TUKO.co.ke, Ken’s life began to improve as job offers from other sources began to pour in.

“Many people, companies, institutions contacted me with other people promising plum jobs, however, most of them did not materialise,” he said.

I represent the ugly fate of the unemployed yet educated youths, a problem that the Kenyan government should look at with the seriousness it deserves. I sometimes pity the KCPE candidates who excel in their exams not knowing the reality that await them.

When he was on the verge of giving up, another Starehe Boys Center graduate introduced him to his classmates, who gave him furniture for his home, mattresses, beds, tables, and chairs.

The most lovely thing was that they helped him secure a position as a supervisor at one of Nairobi’s security firms.

Although the job is not what he studied for and had hoped for, he claims that he has had to accept and value the reality that security will be his area of expertise.

“I may have a background in communication and PR, but I’m learning to embrace security as part and parcel of my career,” he continued.

Ken continues by saying that even though he hasn’t found a partner yet, he feels obligated to former Starehe Boys students and has faith that God would keep elevating him, just like He did when He went from being a guard to a supervisor.

He admits that another life lesson he has discovered is that sometimes our success and prosperity are not dependent on our line of work.

The thoughts expressed there are not those of the Ken who was teetering on the edge of hopelessness and depression, but rather those of a different Ken.

Ken says his current priorities include accepting his fate and moving up the corporate ladder within the security sector.

He added, “Just like many media celebrities who have succeeded in the business even though they may not have pursued journalism, communication, or media.