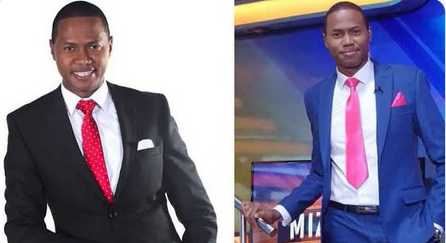 According to reports, the former television anchor will serve as Director of Communications for the squad.

Anders Ihachi, a former K24 reporter, will be his deputy.

Humphrey Odhiambo has taken over as editor, and he will be assisted by two senior principle officers, Maureen Mutai and Michael Kimingich.

The graphic designer will be Gibson Githaiga, and the photographic officers will be Ezekiel Mwanzia and Steve Mukilims.

The department has a total of 14 employees.

According to the document, Swaleh’s responsibility will involve establishing and driving a multi-channel communications strategy, preparing and managing all communications material, developing a brand voice and maintaining brand integrity across all platforms.

Other responsibilities include managing media relations and developing contacts with media houses and influencers.

The journalist will also be tasked with leading a team of professionals from various sectors such as communication, marketing and design. He will also aid in the creation of multimedia content.

Swaleh was initially set to join the Nakuru county government for the role of Information and Communications Technology, ICT, e-Government and Public Communication chief officer.

However, details surrounding the move to the Prime CS’s office remain scanty.

While exiting NTV, Swaleh noted that he would be handling similar roles but only in different trajectories.

“Yes, it’s the same industry but a different trajectory. The role of a public communication chief officer is different from a communication spokesperson in that they work under the CEC within the county government,” he previously said.

Top journalists have shifted from the media to the government, especially at a time when the industry is facing uncertainty, including dwindling revenues, redundancies and digital disruption.