Ferdinand Omanyala, Africa’s fastest man, is among the 2,881 constables that graduated from the National Police College in Kiganjo today, January 10. 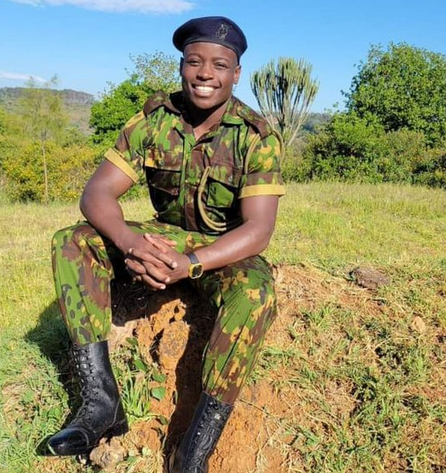 Today, the 100m sprinter collapsed during an event presided over by President William Ruto.

The recruits completed the Basic Police Training Course and were exposed to a number of courses including Human Rights, Community Policing, Public Order Management, Skills at Arms, and Countering Violent Extremism, according to NPS.

Omanyala agreed to join the National Police Service in December 2021 and compete in track competitions for the NPS.

The NPS appointed Omanyala as an Inspector in 2021.

A statement from the NPS then said, “The 25-year-old sensational sprinter has taken up a new role that will see him represent the National Police Service in future track events.”

According to the statement, Omanyala was briefed on his new duty in the morning at his Jogoo House office by former Inspector General Hillary Mutyambai.

School Fees to Rise After Govt Ends Subsidy; Here's the break down

“I Normally Don’t Do This!” - Wyre Shocks Fans In His New Announcement