There was drama in Dubai as Samidoh’s baby mama Karen Nyamu fought with his wife Edday Nderitu during a his live performance. 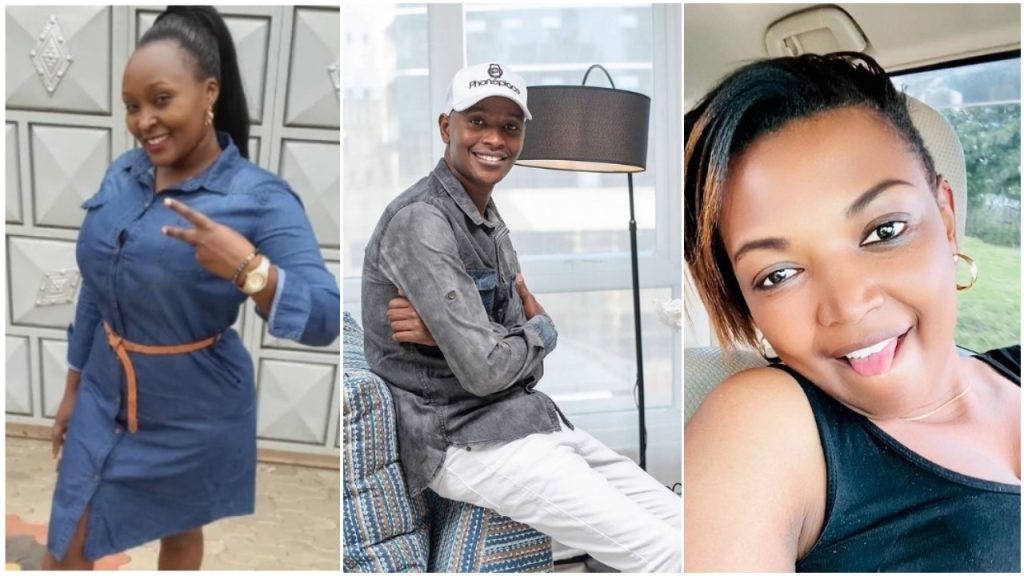 It is not yet known what caused the fight, but according to the video, Karen is seen being pushed away by the bouncers from the scene.

Soon after, Samidoh is escorted out of the concert with his wife leaving behind Karen.

Is city politician Karen Nyamu slowly winning the battle for singer Samidoh’s heart at the expense of his wife?

Well, keeping up with the Samidoh’s is about to get more interesting this festive season as the singer and his women all congregate in Dubai this week.

Here are some reactions from Kenyans:

Mary Ndungu Wanjiru: Do you guys remember Kamau wanjiru the marathon runner??? It all started like this. May he continue resting in peace.

Edday made the announcement while commenting on Bernice’s Facebook post marking the end of Samidoh’s recent tour of the USA. “Bernice Saroni Thanks so much gal for taking care of my hubby, you’re such an amazing soul, thanks to God the tour was successful. Can’t wait to see him we really miss him,” she wrote.

Nyamu also saw an opportunity and decided to accompany her baby daddy Samidoh for the trip to Dubai. The lovebirds flew out via Business class on an Emirates airline flight.

Karen, a mother of two, shared their air ticket after a fan sent her a direct message, claiming she was a homewrecker and that her baby daddy loved his wife Edday Nderitu.

The lovebirds have had their ups and downs in the recent past, ever since she publicly announced he is the father of his newborn, forcing Samidoh to accept responsibility and apologize.

In August, Nyamu accused Samidoh of physically assaulting her during a live Instagram session and also mentioned she was expecting baby number two with the singer.

She made public the fact that he was the father of the other child earlier this year, causing commotion and speculation on social media. It forced the musician to publicly come out and apologize for what he termed as a ‘mistake’.

Nyamu has publicly stated she supports both Samidoh and his wife do business with the government.