Online media site, TUKO News is under serious scrutiny after it published a story about singer Nameless dancing suggestively with actress Ida Alisha and other women while in his US tour.

In a newstory titled “Nameless enjoys intimate dance with former Mother-in-Law actress,” Tuko reported that Nameless was dancing with women while performing in the US without considering his Wife. 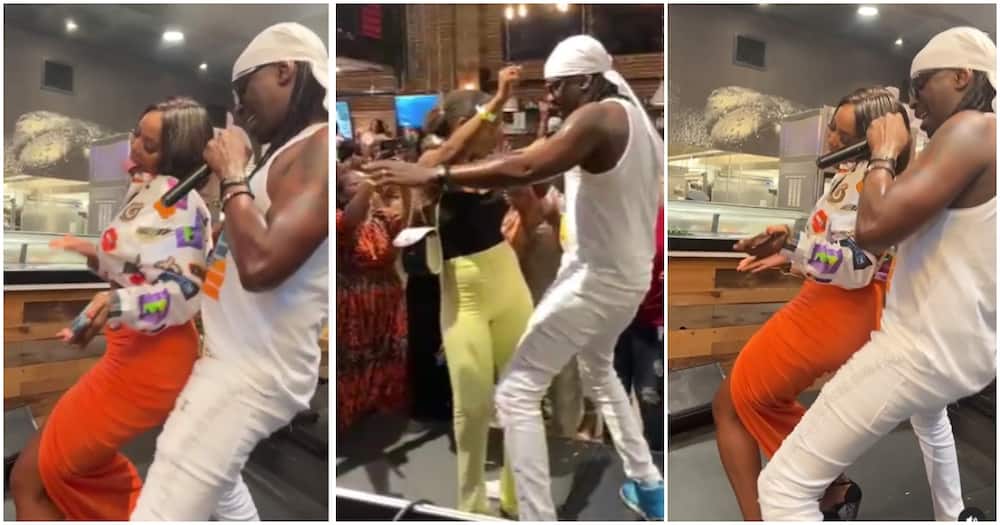 The writer even went to an extent of asking where is Wahu while all this happening.

Nameless attacked TUKO in humorous Instagram post. He wondered why the news agency was attacking him yet he was only performing to entertain his fans. He went to inquire the news agency if it expected him to dance with men yet he is straight.

Nameless’ post opened a string of comments that attacked TUKO for posting the story.

His wife, Wahu, hilariously said, “I think the issue is gender sensitivity monski… in this day and age there must be BALANCE! kindly dance with a guy next time.”

Ida Alisha, with whom Nameless was accused of dancing intimately, said, “Verified
Ona hawa wajinga, do we post the video again so you can see the social distance between us? Aaaii mnapenda siasa ptho!!!”

Another one Kokilox wrote, “Tuko overworking bana ? the third child in waiting was just chilling ?”

Nameless went to his US tour at the beginning of last month days after he and Wahu announced that they were expecting their third born child.

He is expected to continue with his tour even as the country goes for election on 9th August.