Kisumu residents will be in for a treat if Azimio’s flag bearer Raila Amollo Odinga wins the presidency in the coming 9th August general elections.

Homabay Woman Representative, Gladys Wanga, has declared that she will buy them alcohol to celebrate if Raila wins. 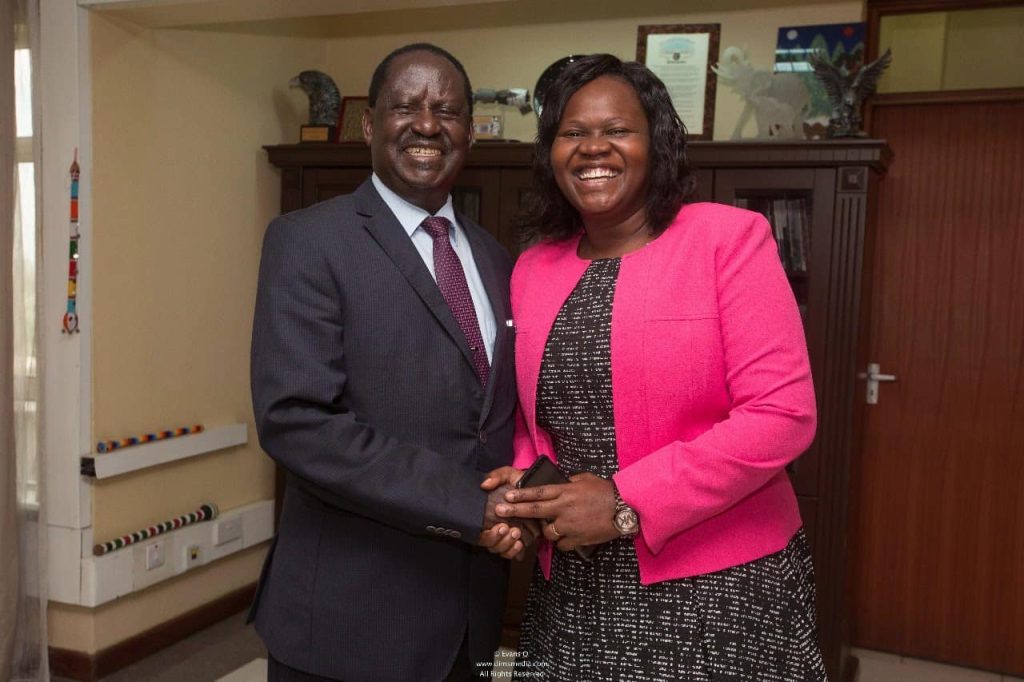 Wanga was speaking at Azimio’s final rally in Kisumu on Thursday, 5th July. She asked Kisumu residents to come out in large numbers on 9th August and vote for Raila as the fifth president. In return, she would buy them alcohol once Independent Electoral Board Commission (IEBC) chairman announces Raila as the winner.

All Kisumu residents will need to do after Raila’s win is to send Wanga the till number of the shop they will take alcohol for to pay the bill.

“Wherever you will be when Chebukati declares Raila the president, enter a shop and buy a drink for yourself, then send me the bill. I will pay. We will come out in numbers on August 9 from Homa Bay, Siaya, Kisumu and Migori to vote for Raila Odinga,” said Wanga.

Wanga, who is also vying for the Homabay gubernatorial seat, went on to express her hopes that Raila will be successful this time despite losing the previous four elections.

She said, “You know when he returns to Kisumu, he will be the fifth president of Kenya and commander in chief of the Kenya Defence Forces.”

Meanwhile, Kisumu County’s City Manager, Abala Wanga, announced the closure of all bars, businesses, and eateries from August 8th to August 9th evening. Wanga explained that this directive is meant to allow Kisumu residents to come out in large numbers and vote.

Also, the U S Embassy advised US citizens living in Kenya and those planning to visit to avoid visiting due to possible post-election violence. Kisumu County Governor, Anyang’ Nyong’o, rubbished this advisory, claiming that Kisumu will be safe during the electioneering period.

"I don't know whether to cry or laugh!" CS Matiangi responds to Ruto's rigging claims