Deputy President Rigathi Gachagua has stated that he has become a beggar since becoming deputy president. 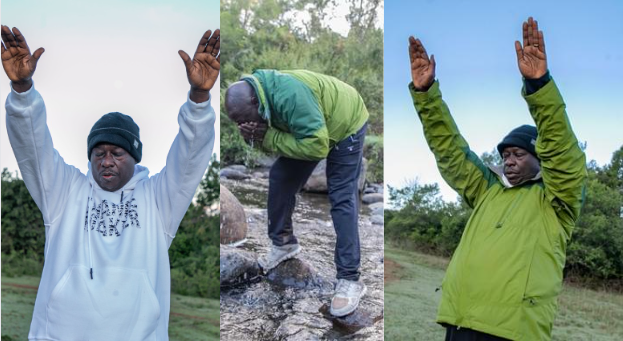 Gachagua said on Sunday in Nanyuki that begging for food is degrading.

He claimed that his responsibility to mobilize food for the country had forced him to beg outsiders.

“Since I became Deputy President I have become a beggar. I spend all my time begging for food. It is humiliating to me,” the DP said.

“I spend all the time with foreigners begging for food including those who colonised us it is very humiliating but I have no choice because we can’t let our people die.”

According to the DP, President William Ruto delegated to him the responsibility of mobilizing food to save Kenyans.

Rigathi Gachagua recently appealed to salaried employees in the country to set aside a percentage of their salaries towards hunger relief.

Gachagua revealed that the Kenya Defence Forces (KDF) staff and their NYS counterparts have, in a rare gesture, offered money worth a day’s salary to starving Kenyans.

“Already, our men and women in the KDF have offered to forego a day’s salary to contribute to the response kitty,” he stated. 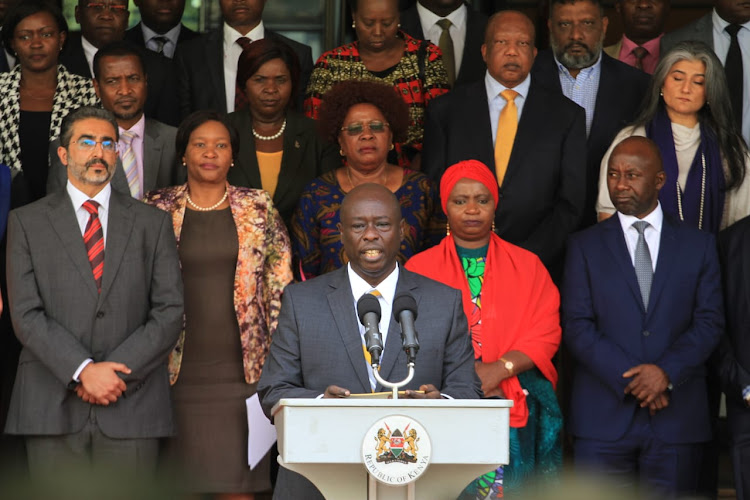 He added, “NYS has also made their contribution.”

Speaking during the inauguration of the National steering committee on drought response, the DP said the contributions will be channelled towards the response kitty.

“We appeal to Kenyans of goodwill to contribute as percentage of their salaries to a pay bill number we shall be publishing soon,” he stated.

He also used the opportunity to extend his appreciation to religious groups he said have been mobilising food towards the ravaging famine crisis.

The current drought situation, he said, requires enhanced budgetary support from both levels of government, development partners to unlock the full potential of ASAL region.

“We cannot and must not wait for additional rain seasons to fail in order to act,” he posed.

The committee is headed by Safaricom chief executive officer Peter Ndegwa and brings together CEOs of various leading private institutions among them banks.

Present during the event were cabinet secretaries Alice Wahome (Water and irrigation) and Penina Malonza (Tourism).

Ndegwa on his part thanked President William Ruto for his confidence on them.

He said they now have an opportunity to bring their efforts together to provide lasting solutions to the challenge facing the nation.

“We are here to support, we will strive to deal with the emerging issues and also provide long term interventions,” he said.

Kenyans in food-surplus counties, Gachagua noted, can make their contributions through the office of the governors and the county commissioners.

The governors and county commissioners, he stated, will be working together with the taskforce in the transfer of the foods to the Kenyans suffering in the 23 ASALs and pockets of 9 other counties.

Juliani spotted with his baby mama Brenda Wairimu in her house