Rajab Abdul Kahali, also known as Harmonize, the head of Konde Music Worldwide, bravely decided to get tested for AIDS on Tuesday.

After taking the tests, the “Matatizo” singer revealed his HIV status on his Instagram page.

“Done✔🙏🙏🙏” he wrote under the HIV test kit that showed he was negative for the virus. The Bongo star also showed video evidence of the test to prove that he is safe from the virus.

“The cowards are the ones who say goodbye to these things inside,” he said before being tested. Harmonize did the tests during a period when it is believed that he is single after being left by his fiancee Kajala Masanja. 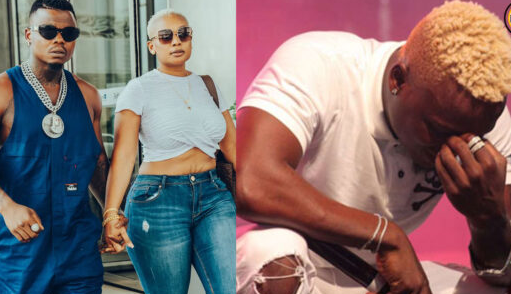 Last week, the actor hinted at their separation following intense pressure from their fans who have been asking them to break their silence and reveal the status of their relationship for a few months.

“I, as a woman and a human being, was created to love and forgive too, but in this I deserve to be laughed at, I deserve to be mocked and despised as well. I am not here to defend myself or show mercy, it is true that I made mistakes and I have realized my mistakes, I am not perfect,” Kajala said via Instagram.

“I have definitely wronged my family, my brothers, and my friends. Making a mistake is not a mistake, it is a mistake to repeat a mistake. I forgive my X and I am ready to go to another one.”

Despite intense demand from his fans to speak up about the separation with Kajala Masanja, Harmonize has chosen to keep silent. His admirers want him to explain what transpired between him and the seasoned Bongo actor.

On Tuesday, Kajala reportedly went home after spending some time on leave.
According to rumors, the actor took a quick getaway to unwind after splitting up with Harmonize.