Kakamega On Monday, November 28, after Raila Odinga declared he would be organizing nationwide rallies, Senator Boni Khalwale dared him. 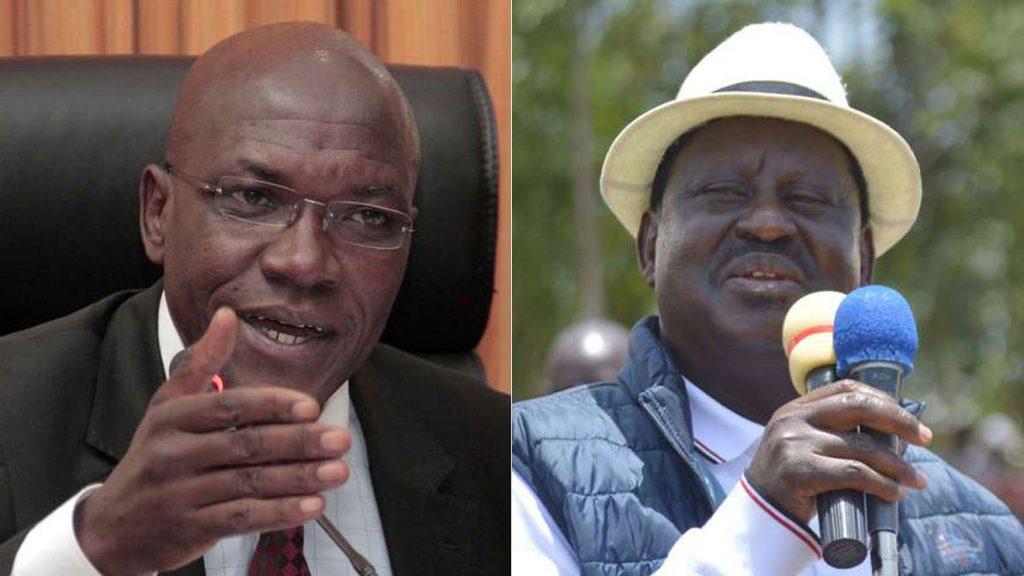 Raila was forewarned by the senator who made a comeback after five years that holding a rally in Kakamega would be impossible due to the overwhelming opposition.

“I have noticed that you want to sneak Kakamega County into your proposed mass action,” Khalwale addressed Raila through a statement.

“We are sorry that will not happen, with other elected leaders from the region we will oppose the move.

“As Kakamega leaders, we are charting a path to development for our people, please hold those rallies elsewhere,” he warned the former prime minister.

The senator became the latest voice to comment on Raila’s proposed mass rallies across the country.

“We will have a meeting on Wednesday, November 30, at the Kamukunji grounds to ask the people if they accept petition to send 4 IEBC commissioners’ home.”

“Thereafter we will hold other rallies across the country starting with Mombasa and Nakuru,” Odinga stated on Sunday, November 27.

“If they want the people to go to the street, they must lead by example.

“Let their daughters and sons come from Arusha and physically lead the demonstrations and the rest of Kenya can follow,” Gachagua remarked while dismissing Raila’s move.

“It is interesting to see Raila Odinga claim that the four commissioners should not go home and yet he has consistently and persistently sent commissioners home over the years,” Shollei wondered.

Rayvanny performs to an empty hall in the USA