Ivy Chelimo, the lady behind the now-famous moniker Riggy G, has come forward to refute a man’s claims that she abandoned him once she rose to fame. 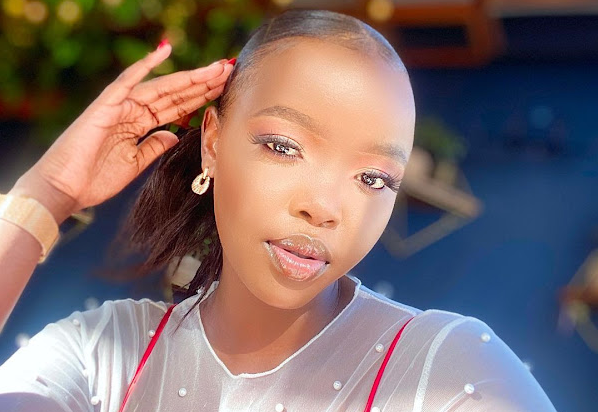 A Twitter user named Alvan Kirui Jr. said on Tuesday that Ivy and he had dated but that she ended things on the advise of her parents.

“This will always be my favorite picture I took of you. I can’t believe your parents can advise you to leave me at my lowest. You know I love you, just remember all I’ve been doing for you, Ivy,” the man captioned Ivy Chelimo’s photo on Twitter.

Ivy, however, quickly retorted to make it clear that she had never met Alvan Kirui Jr. and that his allegations were unfounded.

“Please I do not know anyone by the name Alvan Kirui and I have certainly not been involved with the person claiming in any way whatsoever!! Disregard any information circulating regarding the same,” Ivy Chelimo warned.

Ivy Chelimo was hired by Deputy President Rigathi Gachagua to work in his office just one day prior to the allegations. She will be employed by the Harambee House Annex office of Gachagua.

“This lady called Ivy, she coined Riggy G, I’ve tracked her down and offered her work at my Harambee Annex Office,” he stated.

Chelimo, on her part, lauded the deputy for the opportunity thanking him for empowering the youths.

“Thank you, Deputy President, he offered me a job this morning and he’s very passionate about the youths taking positions in this government.

“I assure you that he has things in place to ensure the youth take up opportunities so don’t sit and wait for opportunities to come but rather take them up by yourselves,” she said.

She noted that the DP asked her what she wanted, and as a university graduate, she said a job.

“He asked me what I wanted and whether I would be interested to join the communication team.

Chepkut's son requests to meet President Ruto: "I want to have a cup of tea with him"