Information about the fee that Nigerian artist Ruger received for the weekend performance in Meru’s Kinoru Stadium has come to light.

The Walker Town Festival was hosted by John Walker and the YDX agency, and the Dior hitmaker was flown in as the featured performer. 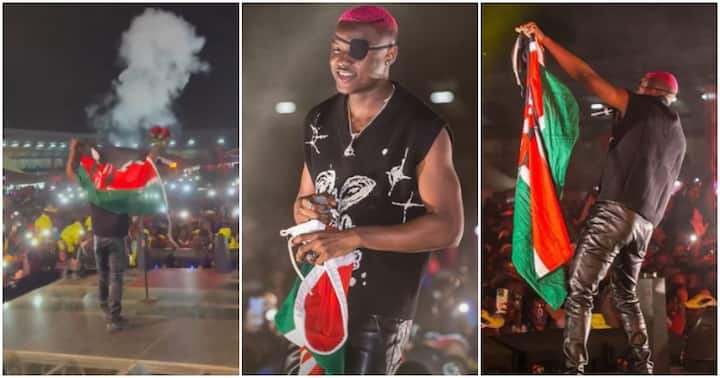 The timetable indicates that the star will be on stage for 1 hour and 30 minutes, and according to Nation’s Sinda Matiko, he was paid at least Sh3.6 million.

But the concertgoers who came expecting to have a nice time were disappointed by The Girlfriend Maker, who fell short of their expectations.

He only gave a 38-minute performance, and for the majority of that time, he struggled to match the replay of his popular songs while being off-key.

Some concertgoers expressed their disappointment in the performance on social media.

Many claimed that although they had high expectations for the star, he had disappointed them greatly.

Those in attendance praised Kenyan acts for stealing the show, especially Rapper Femi One, Nviiri the Storyteller, and Bensoul, who are signed to Sol Generation.

Over 3,000 attendees attend the performance, some of them come all the way from Nairobi to Meru. The price of advance and VIP tickets for the show was Sh1,000 and Sh2,500, respectively.

Before the artists took the stage, the crowd was kept on its feet by a number of local DJs who played during the concert.

“KENYA!!!🇰🇪🇰🇪 y’all filled up a stadium for me in Meru 🤯. Thank you so much 🙏🏾 I love each and every one of you. Thanks to @johnniewalkerke for bringing me to You 🙏🏾 Big respect to @djayxero for dem magical spins,” Ruger posted after the show.

Ruger landed in Kenya after staging another performance in Tanzania. After the Kenyan concert, he left for South Sudan where he is set to headline another show over the weekend.