In a video that this writer saw, Zuchu could be seen giving Platnumz the expensive gift while revealing that it was her birthday present for her boss, who turned one year older on October 2. 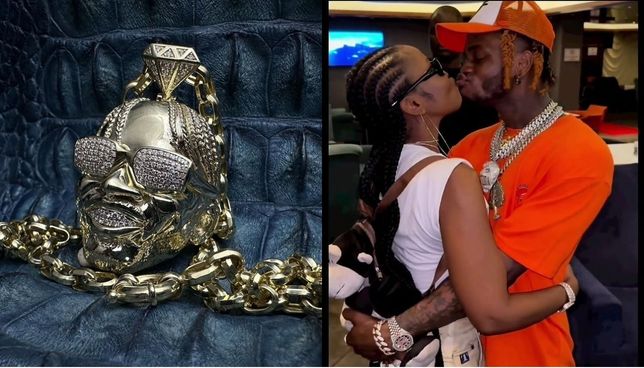 The visage of Chibu Dangote is adorned with pure gold on the new chain gift.

“You will always be my hero,” read the wordings on the said chain. Upon receiving the gift from Zuchu Diamond kissed his signee on the lips as a way of saying thank you.

Later Zuchu shared photos of the said chain with a caption that says; “A little gift for my boss, hero @diamondplatnumz, @shohrehcustomade it’s the lips For me 😂😂😂Thank you DK Smile,”. 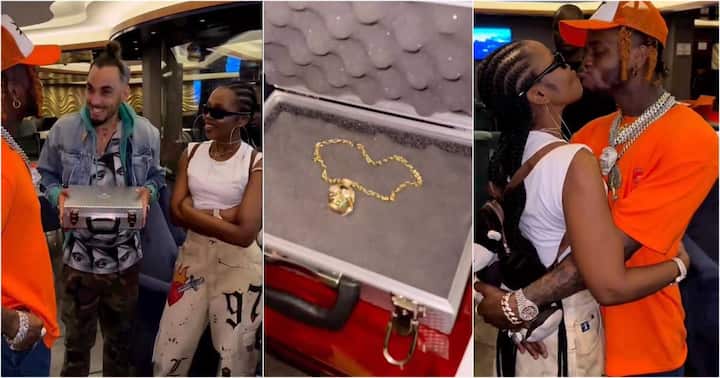 In May 2022, Zuchu was again in the headlines after gifting Diamond a new pair of Off-White Odsy-1000 Arrow-motif sneakers.

A pair of Arrow-motif sneakers retail at Sh72, 411 which is equivalent to $623 as per Farfetch.com an apparel website.

He used his Instagram page to flaunt the new Gold and Diamonds #HalfManHalfLion pendant.

The Jeje maker went on to warn that artistes should avoid putting on fake chains because they risk getting cancer.