The Ethics and Anti-Corruption Commission (EACC) is investigating charges of nepotism, conflicts of interest, and improper hiring against embattled Meru Governor Kawira Mwangaza.

The governor is criticized by the EACC in a letter dated October 19 for appointing her sisters as her assistants and her spouse Murega Baicu as the county’s youth ambassador and patron.

“It is reported that you have employed two of your sisters to public office, one as your personal assistant and another as security personnel,” EACC says in the letter. 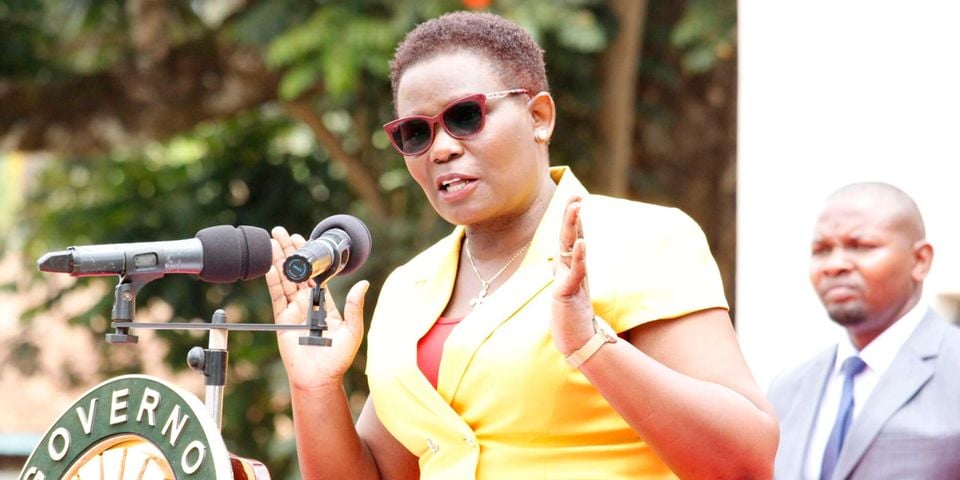 The anti-graft watchdog also cited her for directing county staff to work for Baite TV, a media house owned by her family.

Ms Mwangaza is also alleged to have directed county workers to use their social media pages to promote her political activities.

Ms Mwangaza, who faces a rebellion from members of county assembly, is also on the spot for ordering Meru Teaching and Referral Hospital to spend its revenues at the source.

She issued the spending directive to resolve perennial shortages of drugs and non-pharmaceuticals at the referral hospital.

“Further, reports indicate that Mr Baicu has been attending official county meetings and issuing directives to county employees yet it is not clear whether he is a public officer,” the EACC says in the letter.

“The Commission notes that these allegations constitute serious ethical issues and if true would amount to a serious breach of the integrity and ethical requirements governing the conduct of State officers…,” the letter states.

EACC notes that the Public Finance Management Act is clear that all money raised by the county government must be paid into the revenue fund.

The agency observes that the Constitution defines a public office as one whose remuneration and benefits are payable from the consolidated fund or money provided by Parliament.

“While the information within our knowledge is that Mr Murega Baicu will be performing his duties without pay, we find this inconsistent with this provision because the office he occupies is a public office within the meaning of this article whether or not he draws a salary,” the EACC states.

The agency now wants the governor to respond to the allegations.