A Kisii man has inspired Kenyans after showing the progress of the KSh 1.5 million house he has been building.

Jones Nyaberi shared the progress of the house he has been building in Kisii, and though it is yet to be fully completed, many were excited to learn he achieved this milestone while working as a boda boda rider. 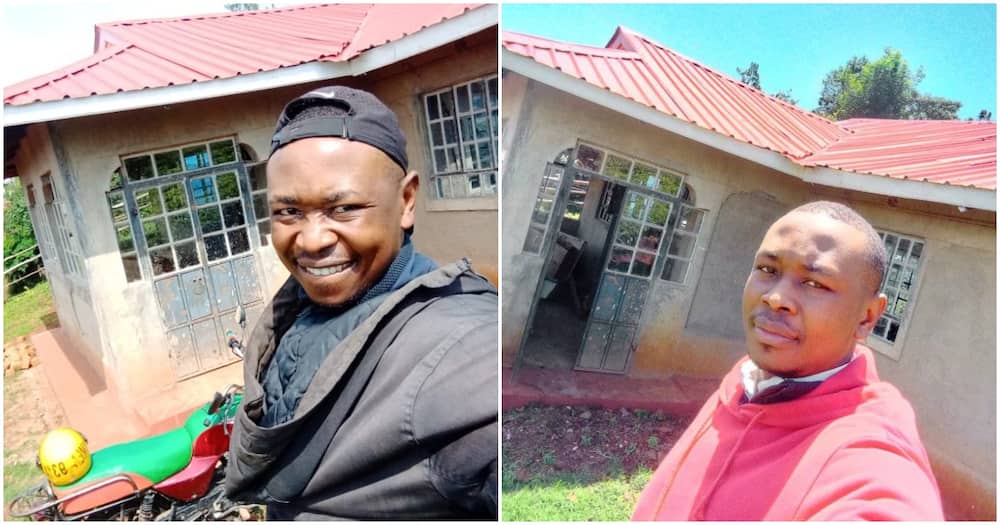 According to the 30-year-old boda boda operator, the project took him three years.

Nyaberi confirmed he built the house from the earnings from his boda boda venture, saying he got into the business after he lacked a job following the completion of his diploma.

“I tarmacked looking for a job, but I could not get one. I decided to move back home in Kisii where I started farming cabbages and from this, I saved around KSh 60,000,” he narrated.

He said from his savings, he managed to buy a second-hand motorbike from a friend, and that was how he started out as a boda boda rider.

Nyaberi recalled that he got serious about saving when he carried a client who worked in a Sacco and who encouraged him to save so that he could empower himself.

“I saved up some money and then started building my house’s foundation. However, my parents lived in a dilapidated mud-walled house, and so I stopped building mine first and went to construct my parents a better house,” he said.

After building his parents’ house, he then re-embarked on his, and now, three years later, the house is almost ready for occupation.

“It is a three-bedroomed house with a store, kitchen and living room. It has so far cost me KSh 1.5 million,” he said.

I believe saving really helped me achieve my goals. I am also financially disciplined owning to the education I received while taking my accounting diploma,” he added.

He also said he has a well-established network of clients who trust him with sensitive deliveries, and from this, he makes some good money.

“I have realised in this business, you just have to be trustworthy to your clients and your business flourishes. Some trust me even to deliver huge sums of money and I have never failed them,” he said.