Neno Evangelism Pastor James Ng’ang’a is currently in Mombasa for a revival week. A viral clip of the controversial man of God explaining why he married a young wife has gone viral.

Ng’ang’a was speaking about the importance of getting married. In his message, Ng’ang’a compared single people who live alone as mad people.

Marry whoever you want because a wife is yours,” he said. 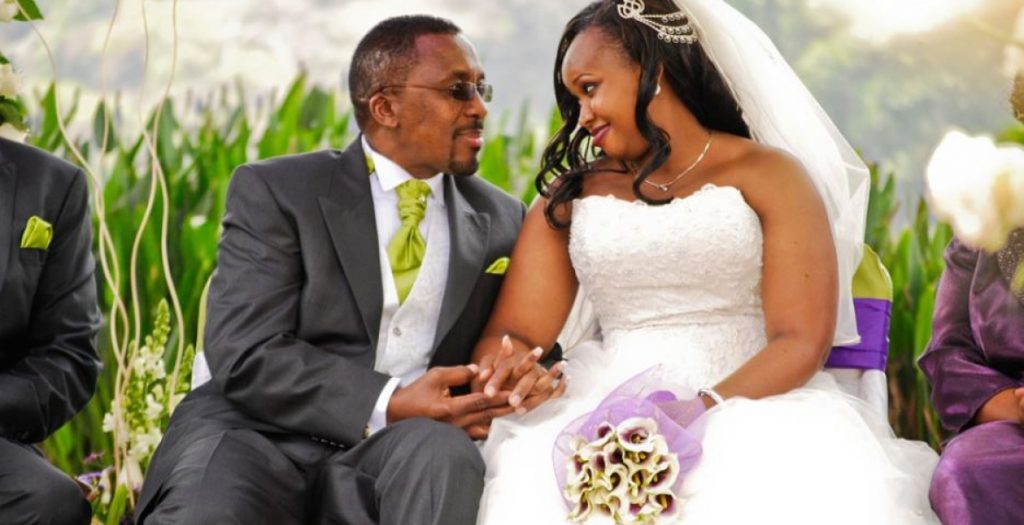 The 70-year-old father of many said that when getting married, it is a personal decision.

He revealed that men of God were against him marrying his young beautiful wife but he gave them the deaf ear. Pastor Ng’ang’a’s wife is in her late 30’s. The two have four children together.

“Huyu nikioa, wazee wakanisa walisema ninaoa mtoto mdogo. When I got married to my wife, men of God criticized me saying she was very young. Bibi ni yangu Si ya Kenya nzima.

Nikauliza ni wa kukula ama ni WA kuuza? Awe mdogo ni wangu. Huwezi nunua ngombe zingine mzee kama hizi. (Even if she is young, she is mine. I can’t get married to old women like these ones here),” he joked.

Kuna mambo ya Mungu na yako. Mke ni wako, muite sweetheart, babe na mnunulie zawadi. The weather in Nairobi is also very cold. We might end up dying in the house since no one can help the other,” he said.

He advised that no one should be pressured on who to marry.

“Jiite kamkutano. Some things are yours and not God’s. Call her sweetheart and other good names.”

He condemned men who apologize to their women by kneeling down.

“Men, stop kneeling down when apologising. Men don’t kneel down, even when we are wrong. We are commanders. A wife can kneel down and apologize. You buy her something to apologize with. Also, you women, when he brings you a gift accept it.”

A few years ago, in a six-minute clip, Nganga was again heard cautioning some bishops against disrespecting his young wife.

“If you are not going to respect my wife, I will kick you out of my ministry, whoever you are. I don’t care if we grew up together,” he said.

“This time around I will show you my power. If you don’t respect her, leave my church and go start yours,” he added.