Wamatinga stated during a funeral service in Nairobi’s Mathira constituency that the Nairobi governor should be grateful to Gachagua for his victory in the 2022 gubernatorial elections.

“Rigathi helped you become governor. Tutaonana na wewe mwanaume kwa mwanaume (We shall meet man to man). Kikuyus will not be threatened. Rigathi should be respected,” Wamatinga said on Thursday, December 29, 2022.

The Nyeri senator warned that if Sakaja fails to respect the second in command, he will marshal Mt Kenya residents who live in Nairobi to impeach the first-term governor.

Wamatinga further accused the Nairobi governor of possessing a fake degree certificate, saying it might be one of the grounds to oust the governor.

“I want to tell Sakaja; Rigathi sio wa rika yako (Rigathi is not your agemate).Your papers belong to Gikomba. Those are bought papers. If you play with us we will impeach you,” he said. 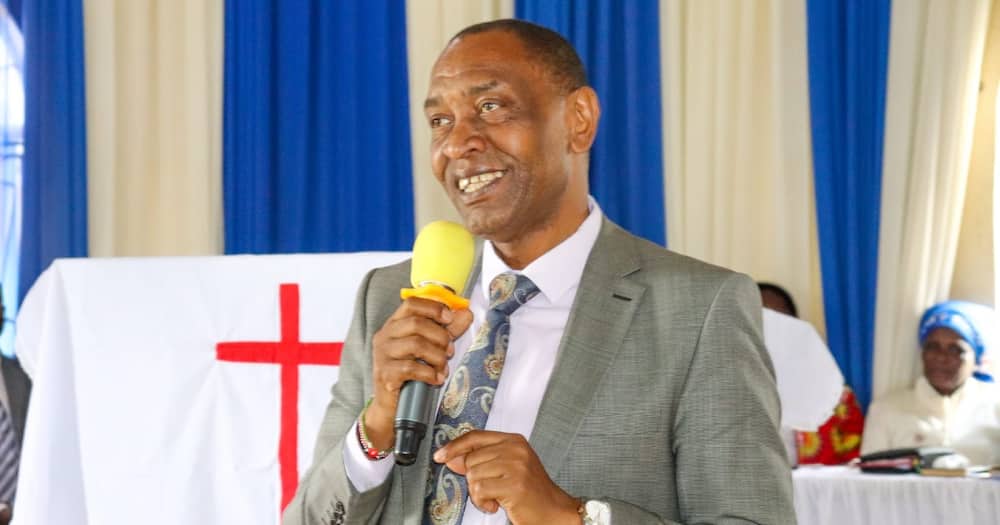 In recent days, Gachagua and Sakaja appear not to read from the same script after the former warned the latter against initiating plans that would hurt businesses.

Speaking in Nyeri, the second in command asked Sakaja to take it easy in how he runs the capital, noting that Mt Kenya people elected him and he should not be making drastic decisions without consulting them.

He cautioned the governor against the move to relocate matatus from CBD, saying it might have far-reaching political implications.

The county chief dismissed allegations that he was on a collision path with the second in command.

During a meeting with Gikomba traders, the first-time governor declared that he would never go against his bosses in reference to the DP and the president.

Sakaja asked leaders spreading what he termed as seeds of hate between him and the DP to stop immediately.