Kenyan celebrity Diana Marua and her adopted son Morgan Bahati are currently on vacation in Malindi. 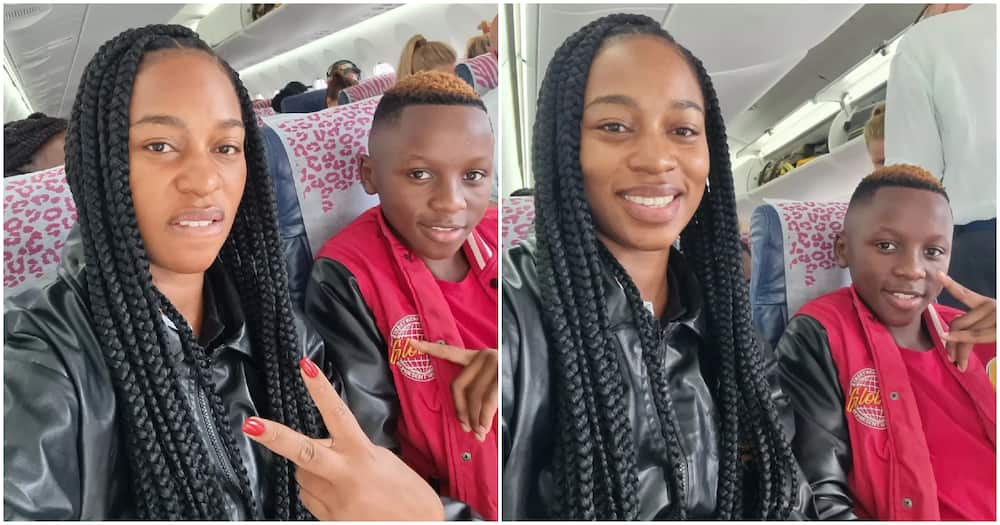 The mother was en route with her family, including her husband Kevin Bahati to Malindi for a family holiday.

This has elicited reactions with KOT claiming that Morgan could be Diana’s biological son, owing the resemblance with her Ex-lover Victor Wanyama.

FACT-CHECK: So, is Morgan really a biological son to Bahatis?

Bahati adopted Morgan from a from ABC Kenya Children’s Home in Mathare.

Morgan was two years then and Bahati had visited the children’s home for a thanksgiving show.

The two-year-old Morgan said he wanted to go with him.

Bahati took him in despite worrying he did not have enough money at the time.

He posted on his Facebook page along with the picture saying, “Meet the four-year-old Morgan Bahati. It’s my 1st Sunday with my adopted son from ABC Kenya Children Home. I know it’s too early to be a father but just show some love and wish this kid all the best in his Life and has he starts his education.”

After several positive and encouraging comments from his fans, jhe later added, “Glory to God alone- my people thanks for the Love! Sasa mniombee when I grow up apate Mama**lol”

He wished him the very best as he attended the prayer day at the school where Morgan goes to.

Bahati then thanked God for the journey since he took Morgan in as his son.

“Looking at how far we have come, I just can’t believe that my son Morgan is about to sit for his KCPE… Glory to God,” he wrote on Instagram.