Citizen TV journalist Jeff Koinange is a household name in Kenya and is renowned for his shows Jeff Koinange Live and Smoking Country on Hot 96. 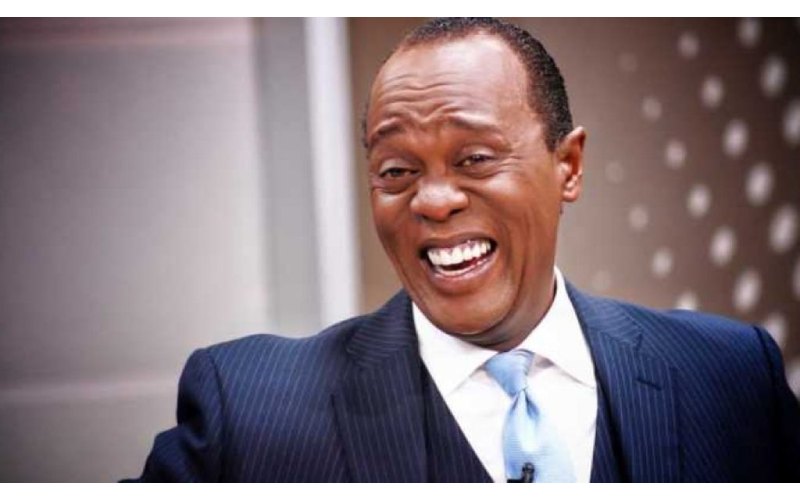 The celebrated journalist has had a long career spanning over three decades.

He worked at the station until December 2012 when he joined KTN and now Citizen TV.

Koinange who holds a bachelor of arts degree from New York University previously worked at ABC News from 1991 to 1992. In 1994 he worked as a producer for NBC News and prior to joining CNN, he worked for Reuters.

Koinange lives a flashy lifestyle given his huge salary that surpasses that of the president and other senior government officials.

The 56-year-old award-winning TV presenter is one of the highest-paid journalists in Kenya.

Given his experience and roles as Jeff Koinange’s live host and radio presenter at Hot 96, he takes home an estimated KSh 2 million monthly.

His Smoking Country show on Hot 96 runs every Sunday from 4 pm to 7 pm.
Kitisuru residence

The TV presenter owns two posh four-bedroomed houses in Kitisuru, one of the most expensive estates to live in the Nairobi Metropolitan area.

The two identical villas, all en suite, sits on 0.66 acres of land and are complete with detached servant quarters.

The property is connected to water and main electricity while the disposal is to a septic tank.

In 2020, the houses were set to be auctioned at KSh 65 million over a debt Koinange owed to NCBA Bank.

However, he inked a repayment deal with the lender to stop the auctioning of the property valued at over KSh 200 million.

Due to the nature of his job, Koinange puts on custom-made designer suits.

On Wednesday, January 8, 2020, he proved he is one of the most moneyed personalities in Kenya after donning a suit worth KSh 2.2 million.

The suit is an Ermenegildo Zegna piece. The super expensive designer suit was exclusively made for the media personality. Sources close to the journalist revealed he does not play small as his wardrobe is filled with suits that go for not less than KSh 800,000 and made by world-famous designers.

Koinange rides in sleek cars that befit his status. He owns a Mercedes G Class SUV that was manufactured by Magna Steyr.

The high-end ride was valued at KSh 14 million when it was brand new.
Jeff Koinange’s G-Wagon is a left hand drive.

The journalist loves African art and has dedicated his Kitisuru house to store some worth millions of shillings.

He previously revealed that he earns a 10% commission for connecting artists to buyers.

“When we host guests for barbeque and they see my paintings and inquire, I hook them up with the artists and when they buy I get my 10% boom!”

To add to his income as a journalist, he earns thousands as an MC and advertisement deals.

On his social media platforms, he advertises cars and houses.