Morocco are celebrating making World Cup history after another incredible upset in Qatar on Saturday night. 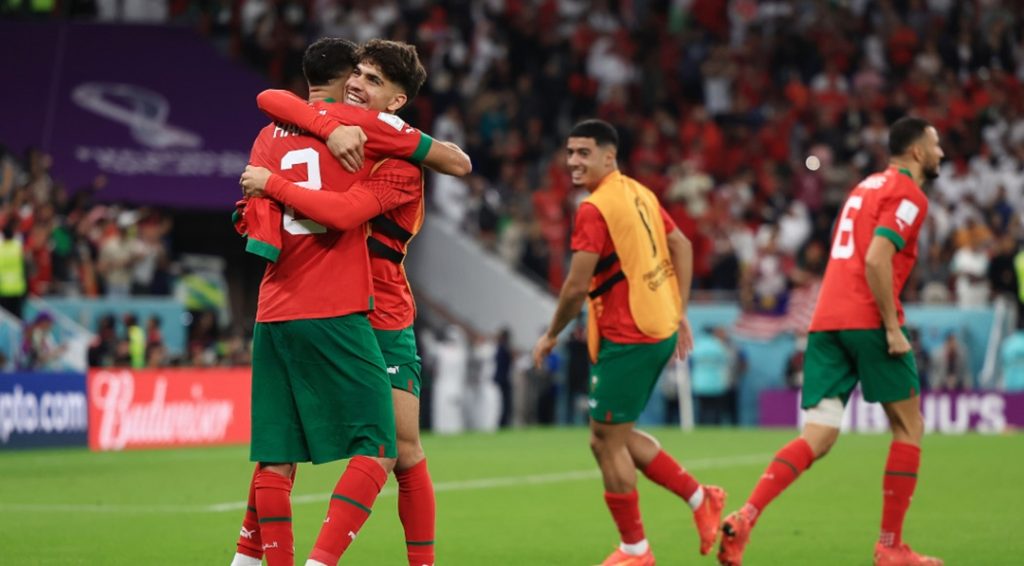 The Atlas Lions are the first African nation ever to reach the semi-finals on football’s biggest stage after Youssef En-Nesyri’s leaping header just before half-time settled another thrilling last-eight clash at Al Thumama Stadium.

Throughout the offensively challenged game, a minor detail kept distracting some viewers from the action on the field.

Fans were puzzled by Morocco’s on-screen abbreviation, which referred to the country as “MAR.” Why did a country without an A in its name have an A in its country code?

It stems from colonial intervention. FIFA assigns each member country a unique three-letter country code, and these codes are used to refer to the countries during official competitions.

Most countries that participate in the World Cup have abbreviations that are clearly based on their names. For example, Brazil is known as BRA, Argentina is ARG, England is ENG—you get the idea.

However, some countries’ codes do not line up exactly with their English names. Saudi Arabia is known as KSA in competition, a reference to the nation’s full name: the Kingdom of Saudi Arabia. Likewise, Spain is known as ESP, which aligns with the country’s name in both Spanish and French: España/Espagne.
Advertisement

Iceland is another country with an unintuitive country code. It is known as ISL, which references the country’s French name, Islande.

The British television network ITV even used the wrong abbreviation during its broadcast of the Saturday match between Iceland and Argentina. Rather than using the proper ISL code, the network’s on-screen scoreline referred to the country as ICE. (ITV made a similar error during the Morocco-Iran game as well—it used the abbreviation MOR instead of MAR.)

The explanation of the MAR country code is similar to Iceland’s, although a bit more fraught. While the country’s English name is Morocco, the country is known as Maroc in French.

Starting in the early 1800s, France expanded its colonial empire to North Africa, where it established a protectorate in what is now Morocco. Morocco achieved national independence in 1956, but the French influence persists in the country.

Today, Morocco’s official languages are Arabic and Tamazight (an indigenous language in the region), but French continues to hold a powerful position in the country as a holdover from the colonial era.

Country codes are mostly used in international sporting events because they are useful for distinguishing between countries whose names differ across languages.

Having a unique country code ensures that participants at the World Cup or the Olympics don’t get tripped up with language barriers and always have a clear-cut, standardized way to communicate when referring to other countries.
Advertisement

FIFA sets its own codes, but they mostly align with other common country code designations, such as those set by the International Olympic Committee. Occasionally, there are differences between a country’s three-letter FIFA code and its IOC code (such as Bahrain, which is known as BHR by FIFA and BRN by the IOC). Morocco, however, is known as MAR by both of these sports associations.