Stevo Simple Boy, the singer of the hit song “Freshi Barida,” has apologized to his fans for missing the Sofire Fiesta event in Mombasa, which had Nigerian artist Ruger as the headlining act. 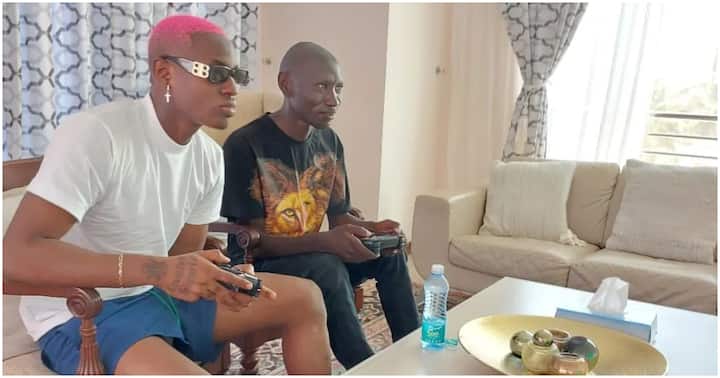 Stevo announced on Instagram that the event organizers had broken their promise to pay him before he entered the stage, therefore he was unable to perform as originally scheduled.

The rapper continued by admitting that his group had been detained at a hotel after they declined to perform because of the financial dispute.

He lamented the fact that Kenyans seek to undermine one another rather than promoting their artists.

Simple Boy said that the selfish conduct bothered and hurt him, but he’ll continue to support.

Stevo’s management Men In Business, (MIB) Africa also issued an apology on his behalf stating they didn’t see the need of having their artist on stage after they refused to pay him just to fulfil the organizer’s selfish interest.

“Stevo Simple Boy could not perform yesterday night as earlier agreed because Sofire Ent refused to owner the agreement by paying the artist before he went on stage. For this reason, we did not see the need of having our artist on stage just to fulfill the organizer’s selfish needs.

“We really apologize and are working day in day out to ensure that this doesn’t happen again. Thank you for your continuous support,” read part of the MIB statement.

This saga comes a day after the rapper denied facing discrimination on his way to the event. Simple Boy acknowledged that it was a personal decision to travel by road to the Coastal city and not discrimination by the event organizers.