Senator Boni Khalwale of Kakamega came to the aid of a youngster who excelled in his Kenya Certificate of Primary Education (KCPE) exams.

On Friday, December 23, Khalwale reported that he discovered the young boy while sweeping sand at a local river to gather funds for his secondary school enrollment. 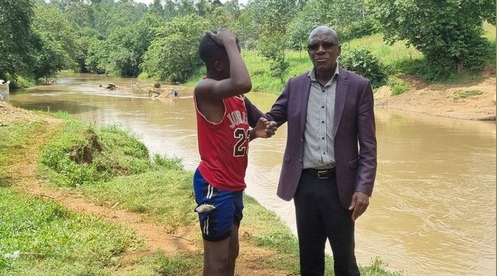 “Tough boy. No human is limited. Found this boy Augustine Nangabo at Shielelwa in Shinyalu Constituency harvesting sand to raise money for Form one admission,” Khalwale shared on his social media platforms.

The Kakamega senator announced a full sponsorship for the boy who he referred to as diligent and hardworking. 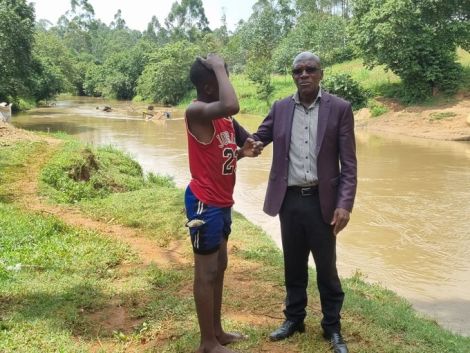 “He scored 352. Took up the responsibility to sponsor him,” he noted.

The lawmaker met Nangabo at Shinyalu Constituency during his walkabout in Shisembe sublocation, Shibakala village on Hustler fund uptake advocacy.

This came a few hours after he helped another random boy who had been following his convoy.

On noticing him, Khalwale stopped and gave him his attention.

“Spotted this little boy waving enthusiastically at our convoy in Port Victoria.  Stopped to ask him what would please him for Christmas. He told me school shoes. I obliged,” he uttered.

During his trip, Khalwale promoted several small businesses. He had his lunch at a small hotel where he bought nyama choma at Ekero market in Mumias.

He also bought omena from a roadside vendor in Port Victoria.

Khalwale has been coming to the aid of the youths in various ways. On November 13, he appointed 21-year-old Brian Matiro as his director of communication in the Kakamega.

He described Matiro as the youngest member of his regional team. Matiro was elated after being named and promised to represent youths and advocate for their welfare. He described Khalwale as the youths’ senator. 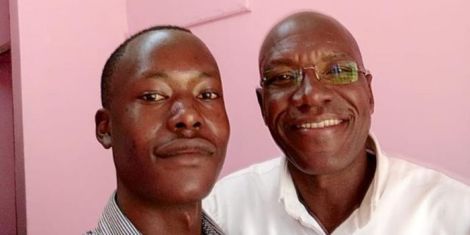 Zuchu explains how she was introduced to Diamond’s label WCB