The government has lived up to his promise of rewarding scholarships to Kenyans who attended the Jamhuri Day celebrations. 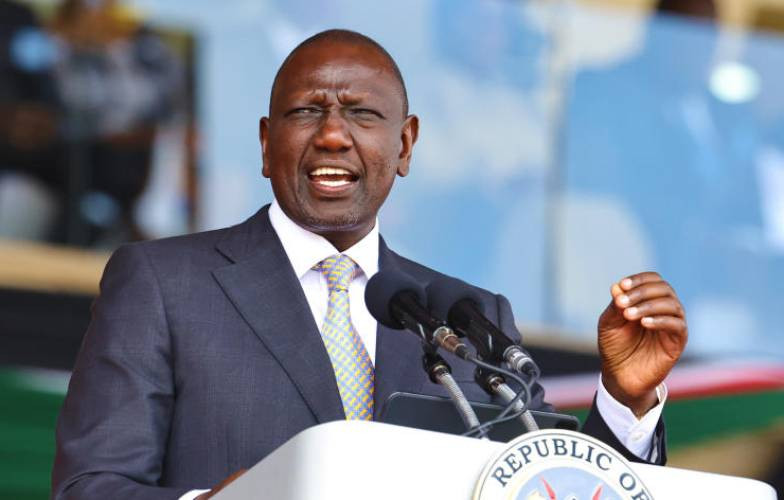 President William Ruto on Monday announced that everyone present in the stadium would get a scholarship on Global Entrepreneurship and Innovation from Thunderbird School of Global Management at Arizona State University.

“It is now time to keep that promise. There is a QR code near you. Scan and access the scholarship now,” he told Kenyans who had joined him to mark the celebrations.

Ruto noted that a 16-unit course that would have cost one Sh100,000 was now accessible to Kenyans at the stadium for free courtesy of Jamhuri Day celebrations.

He made the remarks during celebrations to mark the 58th Jamhuri Day at Nyayo Stadium in Nairobi.

ICT and Digital Economy Principal Secretary John Tanui had announced a day earlier that Kenyans would get a free scholarship if they attend Jamhuri Day celebrations.

Tanui, a member of the National Celebrations Committee, made the sentiments during the preparations for Monday’s public celebrations at Nyayo Stadium.

The scholarships will be on technology certification courses, and will be awarded to eligible adults.

In his address, the President further stated that the government appreciates firms and organisations that have stepped forward to make Kenya “a hot bed of innovation.”

“We will continue to do our part and make such partnerships bigger in future and you are always welcome to be part of Kenya’s journey to greatness.”

He noted that Konza Technopolis has started the distribution of 23,000 virtual desktops to Technical and Vocational Education and Training Institutes to enable students access remote job opportunities across Kenya.

“We are committed to support young people in re-establishing the country as a republic of ideas and home of renovation,” he said.

The President noted that through a dedicated start up fund, government will support the most innovative ideas to scale up into viable commercial enterprises.