For the last on month, Samidoh’s wife, Edday and his baby mama Karen Nyamu have been competing for his attention.

After finishing a two-month music tour in the United States on December 4, 2022, the Mugithi star is anticipated to fly into the nation shortly after. 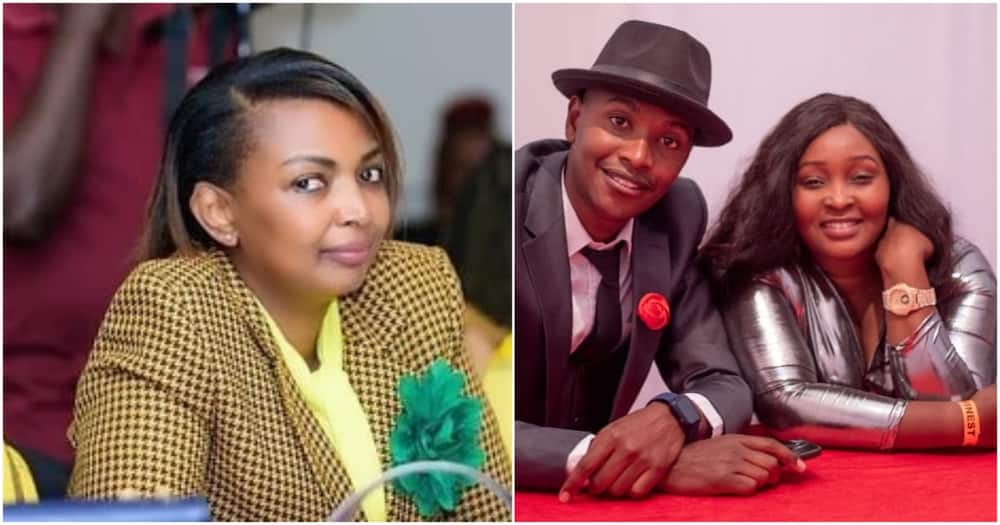 Nyamu, who has two children with Samidoh, was the first to post about how happy she was that the singer was going home.

A few hours later, Edday received a message from Bernice Saroni, Samidoh’s US promoter, telling her that she had taken good care of her spouse throughout their two-month stay together.

The mother of three replied to Bernice, expressing gratitude for looking out for Samidoh and making sure he had a comfortable time in the country.

“Bernice Saroni, thanks so much gal for taking care of my hubby. You’re such an amazing soul. Thanks to God the tour was successful. Can’t wait to see him we really miss him,see you in Dubai on 17th hun❤️,” she said.

The nominated senator responded, belittling Edday, asking her to talk to Samidoh directly and not use social media to pass her message to him. Nyamu also claimed Edday sounded like a side chick.

“Something is very wrong hizi ni tabia za side chicks not even baby mamas I can never do this with my friends if you want to talk to mzee talk to mzee directly,” Nyamu said.

A few months ago, Edday shared a video of a monkey seated on a lion’s back as it walked next to another lion and wasn’t bothered, despite being in the company of the dangerous animals.

Fans speculated that Edday was using the video as an example to interpret her current relationship with Samidoh and his baby mama, Karen Nyamu.

The video ignited mixed reactions online, and below is what some netizens said:

Wambuijoseph11 wrote: “Hehe, if you know, you know.”

Check Out the Runda Estate Slum Worth Billions