Francis Atwoli, the leader of the Central Organization of Trade Unions (COTU), was apologetic to President William Ruto for his earlier behavior. 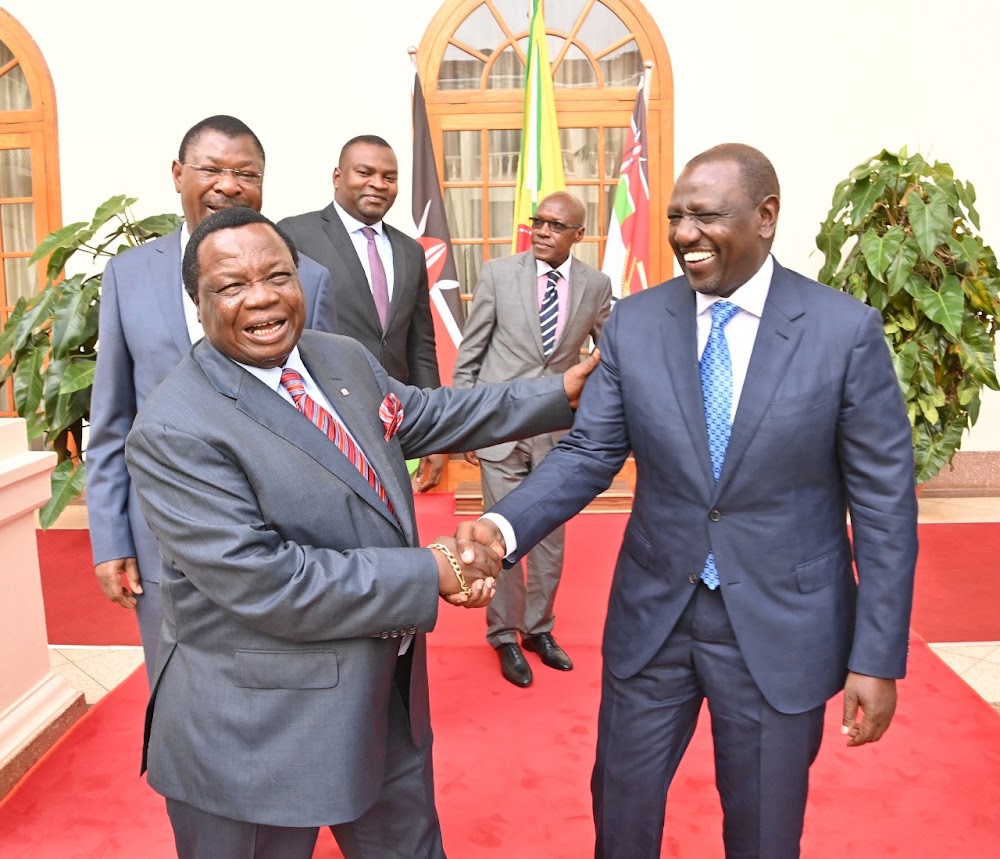 On December 8, the Head of State confessed that his conflicts with the trade unionist went back to his adolescence when speaking at a gathering in Kakamega County.

In spite of being an older, Atwoli had been disrespected by Ruto on several occasions.

In order to unite the nation and transform the economy, he argued that he intended to bring together everyone with whom he disagreed during the elections on August 9.

“Atwoli had told people to cut trees and other things, and I know that as a young man, I disrespected him. Forgive me. For everyone that I have wronged, forgive me.

“Please. Let us come and work together. When it comes to politics, we all have to unite. There is no more competition among us,” the President stated.

On his part, Atwoli revealed that his differences with Ruto started after the 2013 polls.

The COTU boss divulged that he helped Ruto form his first party – the United Republican Party (URP) but differed afterwards.

“We clashed a little bit in the past because when he started his URP party with former Mumias East lawmaker Benjamin Washiali, I was the first person to urge people in this region to join Ruto,” he stated.

Atwoli added that he decided to decamp from Azimio la Umoja because of the interests of the workers and the Western Kenya region, even as he expressed that it would be difficult for Ruto to lose in the 2027 polls.

The trade unionist also intimated that Kakamega Senator, Boni Khalwale, was among the first allies of Ruto to reach out to him in a bid to unite the two.

“I was considered to be in the deep state with my brother David Murathe, but he (Ruto) walked all over us as a machine in the shamba.

“If I go to Tanzania and I am asked about Ruto’s administration. Do you want me to say that I am in Azimio and waiting to form the government? ” he wondered.

Ruto was in Kakamega for his official tour of the region since his inauguration and was accompanied by Prime Cabinet Secretary, Musalia Mudavadi.