Samidoh Muchoki, a musician from the Mugithi tribe, has been touring the US for two months. 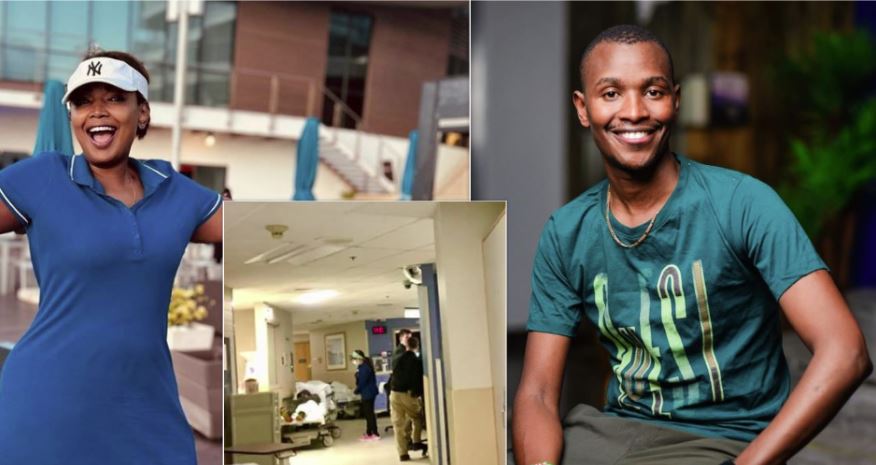 The father of five played clubs across the country, and his final performance would be on Sunday, December 4, 2022, in Dallas, Texas.

On October 18, 2022, Samidoh departed the nation for the US, and his mother Karen Nyamu said goodbye and wished him well.

Samidoh and her three children were happy in a picture that Nyamu uploaded, with the caption:

“Poor babies will miss daddy the most. May you have a successful tour. Rathimwo and have fun ithwe wa twana (my kids’ father).”

On December 4, the senator posted a picture of herself smiling while sat at a restaurant wearing a white t-shirt, pants, a white cap, orange sneakers, and a brown sling bag. She seemed pleased that Samidoh was going back to Kenya.

“Counting hours. Me and one other . Mama watoto tumefikiwa .”

The mother of three is madly in love with her baby daddy. During campaigns early this year before the August 9 General Election, she was spotted at several rallies wearing a wristband with Samidoh’s name.
Karen Nyamu joins Samidoh in US

Two weeks ago, Nyamu travelled to the US and posted a photo complaining of the extremely cold Winter season.

Nyamu posted a photo wearing rugged jeans and a marvin that fans claimed belonged to her baby daddy Samidoh, a heavy hoody with her hands in the pocket, lamenting about the cold season.

Reacting to Nyamu’s photo freezing in the US, Mike Sonko, who introduced her to Samidoh, jokingly said he advised Nyamu to join her man in the US before another lady could take him.