Veteran investigative journalist Dennis Okari described the terrifying circumstances of his meeting with two Al Shabaab terrorists who tracked him to his place of employment at Nation Centre on Thursday, December 15. 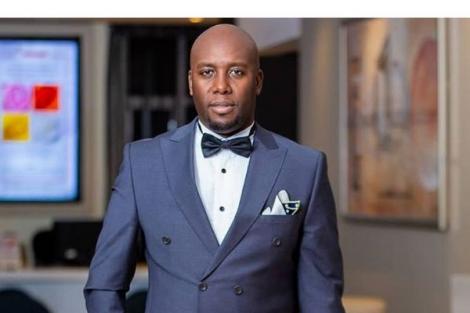 Speaking on a recently released podcast called The Social Newsroom, Okari disclosed that he received a call from a recognizable but unidentified source following the Westgate attack.

“At about 7 pm, I got a call from a foreign number and after some hesitation, I answered it. On the other side of the phone was a man of Somali origin with a very heavy accent.

“I recognized the voice because he used to call me at odd hours informing me of some of the attacks the group had carried out on Kenyan soil,” Okari explained.

The man demanded to meet him at his office at the time concerning the attack that had been staged on the shopping mall.

Okari called his then-boss, Linus Kaikai informing him of the call after which Kaikai asked him to rush to the office to discuss the way forward.

The veteran journalist assured Kaikai that he was willing to meet his informant for the very first time. Nonetheless, his boss gave him two security guards to watch his back.

As he went down the lift to meet the man, he was not aware that his supposed guest at Nation Center had already changed his mind about the meeting place.

“The moment I stepped out, he called me and told me that he had seen me. I got scared because the situation was quite familiar.

“I walked towards him but he was not alone. He was in the company of another man with bloodshot eyes; and when I looked behind me, the guards were nowhere to be seen,” Okari noted.

Consequently, the assailants asked to meet him in a private place despite Okari’s insistence that they meet in the open. The former KTN anchor caved into their demands.

Upon reaching one of the restaurants, the men ordered soft drinks while he ordered coffee but Okari was unsettled by the demeanor of one of the men he was meeting.

“The homely man was quiet. His friend, the informant, told me that they were not happy about the claims by the government that the police had neutralized them and wanted to set the record straight,” Okari narrated.

What they needed was a camera set so that they would record a televised message to the police.

However, the journalist demanded more proof that the men were actually part of the attackers. That was when the man who was quiet all along spoke.

” He told me that he was the one who opened fire at the entrance of the mall to drive people into Westgate. In addition, there were two groups and he was proof that they were alive,” he narrated.

Keeping in mind that he could not trust the men with his work equipment, he told them that he could only give them access to his secret cameras, which he had to pick from his desk.

The men were contented and allowed him to go back, telling him that they trusted him to deliver. Okari went back to his office a relieved man.

He informed Kaikai of what the men wanted and the two agreed not to meet other demands since it would be fuelling a civil war.

Fortunately for the journalist, the call from the informants did not come. The following day, the police conducted a raid in Majengo.

“I suspect that they were killed in the ambush because they never called back,” Okari told Mark Masai, his former colleague and co-host of the podcast they launched after their exit from Nation Media.