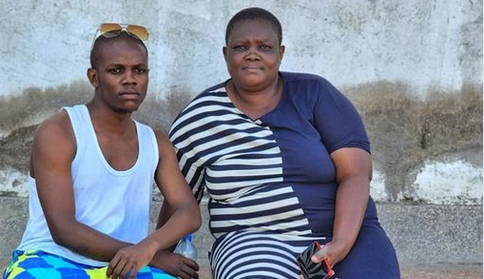 The comedian and his team recently travelled to his rural home in Oyugis, Homabay County, but that has not stopped them from churning more content for his fans.

He also took time to share a lovely moment, posting a photo with his mama on his Instagram Stories. 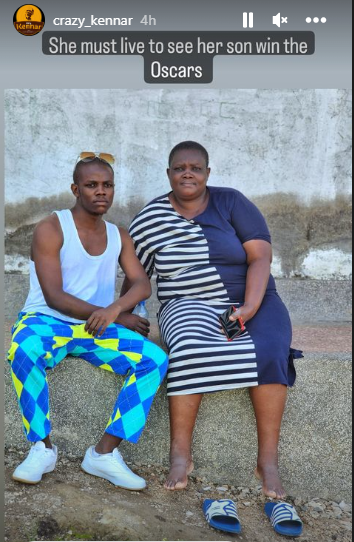 In the snap, the two held hands, with Kennar standing very firmly as a show of love and protection.

The two have a striking resemblance that showed exactly who she was, even without the star adding a caption to the post.

They were standing in a corridor outside the mother’s beautiful home, which could be spotted in other videos shared by the star on social media.

It is believed that this is the first time that Kenner has shown off his matriarch to fans online.
Kennar opens new restaurant

Crazy Kennar is one of Kenya’s most popular online comedians and is reportedly studying Actuarial Science at Jomo Kenyatta University of Agriculture and Technology.

Kennar is also investing his hard-earned cash wisely and ventured into the restaurant business.

On May 25, the comedian launched a restaurant in Juja at a star-studded event.

Some of the celebrities who graced the opening of the food outlet dubbed Instant Delicacies include Flaqo, Cartoon Comedian, Jacque Nyaminde and Alex Mathenge.

The guest of honour was politician Alinur Mohamed.

Alinur lauded Kennar for investing in the business while pledging his support for ambitious youth.

“Comedian Crazy Kennar has opened his own hotel Instant Delicacies and I had the honour of opening it officially today. I feel so good when young people start investing the small money they get in businesses of their dreams. I will always support such young and brave people to realize their dreams,” he wrote.