Following a fatal traffic accident at Ngata Bridge on the Nakuru-Eldoret route, eight persons have perished. 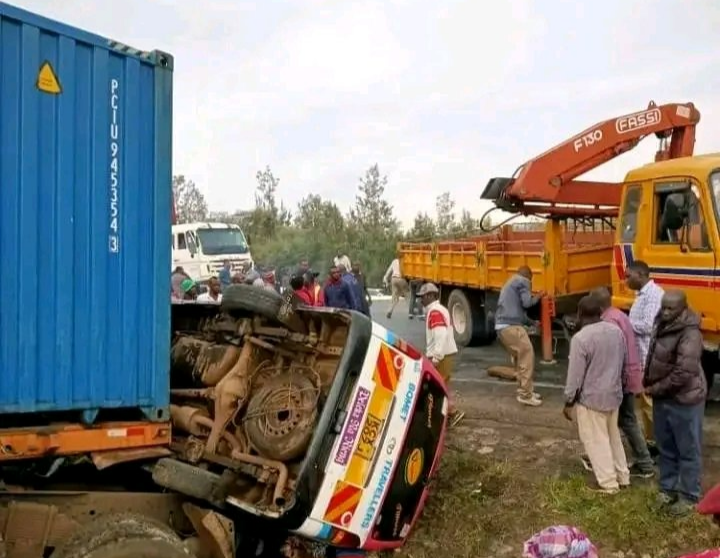 Twenty more persons were taken to the Rift Valley Provincial General Hospital for treatment after suffering significant injuries and being transported.

A trailer and two matatus were involved in the collision.

One of the matatus was carrying passengers to Kapsabet, while the other was heading away from Kapsebet, according to Edwin Otieno, the area’s deputy County Police Commander. 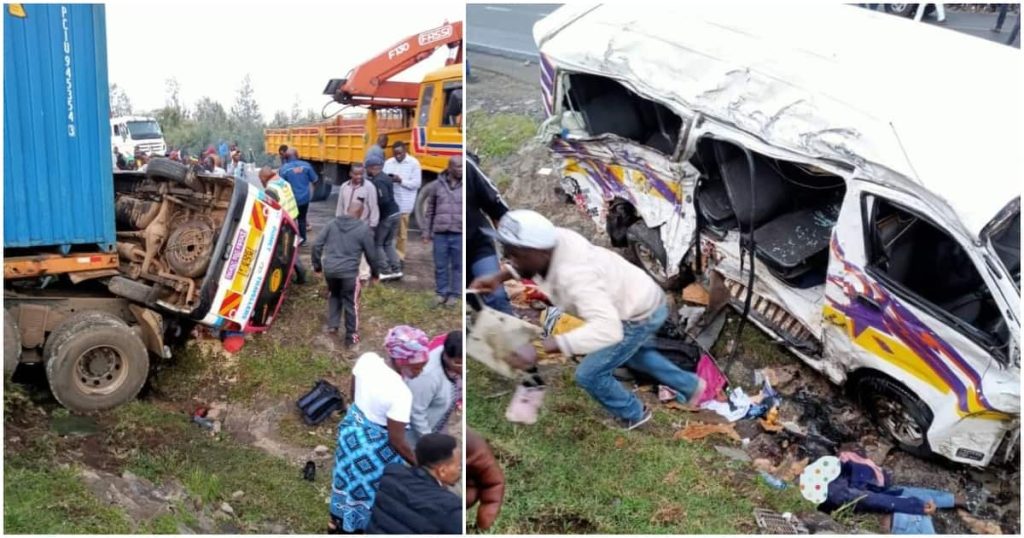 The truck, according to Otieno, was headed for Nakuru.

Another fatal accident happened at Kikopey along the Nakuru-Gilgil highway in the meantime.

As police have not assessed the scene, the precise number of fatalities remains unknown.

Alternative routes are being used to reroute drivers in order to avoid traffic jams.

The scene of accident at Ngata Bridge is the same spot where three students at the nearby Rift Valley Institute of Science and Technology died on the spot in a dawn accident on November 26.

Five of their colleagues were critically injured and admitted to several hospitals around the area.

The November accident happened after a trailer ripped off one side of a matatu plying the Ngata-Nakuru route.

The now infamous death spot is the same scene where former Chief Justice David Maraga and his wife were involved in an accident on December 22, 2018.

The couple was involved in a head-on collision as they were travelling to a church service in Ngata.

They were treated at the War Memorial Hospital but later airlifted to Nairobi for specialised treatment on former President Uhuru Kenyatta’s orders.