Oliver Otieno, a comedian better known by his stage name YY, has responded to complaints made by a family for whom he constructed a home in Mumias, Kakamega. 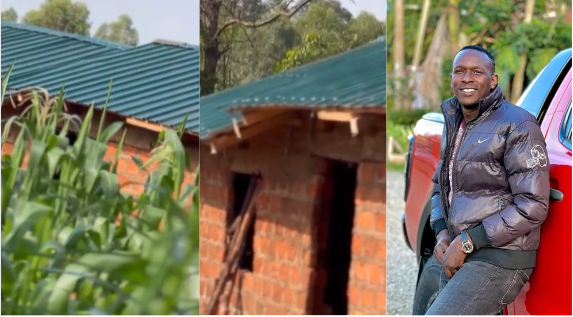 After many Kenyans were moved by Roselyn Odhiambo and Willy’s predicament, YY constructed a home for them. To cover their son’s hospital expenses in May 2022, the parents had to sell their roofing iron sheets.

The pair was subjected to severe weather and lived in a mud-walled home. YY was moved by their plight and offered to construct a brick-walled house for them on his own. 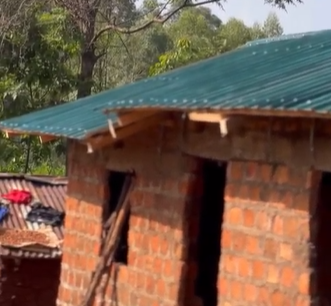 In November 2022, the family claims that the structure is about to collapse and that YY abandoned them.

“A well-wisher (YY) came here and offered to build us a new house. At first, the construction was okay, but as days went by, I noted they were not building it rightly. After they were done with the roofing, the well-wisher came and told me he would return with the doors, but I have never seen him again.

I am particularly worried about the bedroom walls, which shake vigorously, and the house itself is also weak.” Roselyn told West TV. 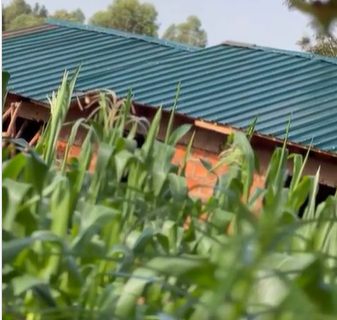 YY expressed his disappointment at the couple’s lack of gratitude for his efforts in response to the report, saying that he felt misled.

The comedian claimed that since the couple had chosen the masons themselves and disregarded his advise to look for other experts who could ensure quality outcomes, he was not to blame for the house’s crumbling construction.

YY claimed that despite noticing the masons’ subpar work during repeated excursions to check on the development of the construction, the couple consistently defended them.

“I am surprised that in their story on TV, they never mentioned the masons but instead chose to blame me.”

He continued by saying that the masons acknowledged they neglected to cure the concrete used to build the house, which led to the walls and other supporting components becoming flimsy.

Curing is crucial for the growth of concrete’s strength and durability.

The hilarious man claimed he stopped work on his own property and diverted the money to benefit the suffering family, but they showed little appreciation.

He noted that he initially sees warning signs but choose to be kind instead. The fact that the couple urged the masons to construct a larger house than the one YY had agreed to finance was one of the warning signs.

“Even from their communication, I have not seen them show gratitude, only blame games,” he said.

The comedian declared that he had learned his lesson and would think more carefully before assisting anyone.

He claimed that while the enormous sum of money he invested in the project was a hardship he decided to bear, he now feels misled.