NCBA Group says it will waive at least Ksh.5.5 billion in defaulted Fuliza and M-Shwari loans under the Central Bank of Kenya-guided credit repair program. 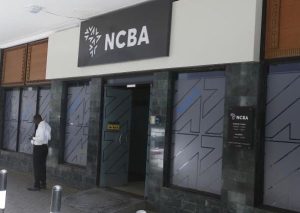 The lender has carved out Ksh.11 billion from its bad digital loan book for the credit repair initiative which will see at least half of the balances or Ksh.5.5 billion waived off.

The entire sum of Ksh.11 billion in defaulted Fuliza and M-Shwari loans presently stands written off and fully provided for under IFRS-9 banking standards.

Entirely, the banking industry is expected to forgive Ksh.15 billion worth of digital loans with the total value of loans under consideration for the credit repair program standing at Ksh.30 billion.

Beneficiaries of the program will be required to pay at least Ksh.15 billion as the balance is waived off providing lenders with a windfall of Ksh.15 billion in unlocked customer pay downs.

According to NCBA Group Director, Digital Business Eric Muturi the large portfolio of loans covered by the credit repair program reflects the lender’s legacy as a digital lender.

“We are looking as far back as ten years. Most digital lenders have only existed probably in the past three years or so. We were the first to do mobile-centric digital lending. Our stock of loans when you look at our history tends to be the largest,” he said.

NCBA estimates its digital loan customers from whom beneficiaries of the credit repair program will stem from at five million customers with loans being underwritten through Fuliza and M-Shwari.

“Five million customers is a very big number representing about 10 per cent of Kenyans who have used our digital loan products at least once,” said NCBA Group Managing Director John Gachora.

The lender says it is likely to consider waivers greater than 50 per cent for customers who repay the defaulted loans within a short span.

On November 14, the CBK unveiled the credit repair program which will see an estimated 4.2 million Kenyans’ bad loans regularized after which the customers will be positively listed with Credit Reference Bureaus (CRBs).

“The framework seeks to improve the credit standing of mobile phone digital borrowers whose loans are non-performing and have been reported as such to Credit Reference Bureaus (CRBs),” noted the CBK.