29-year-old Nelly Cheboi has been nominated in the list of the top 10 CNN heroes which seeks to honor and award the nominees and the overall winner.

Cheboi grew up in a small village in Mogotio, Baringo County, and has risen to become the Chief Executive Officer (CEO) of her own company, TechLit Africa.

The organization, whose name is short for Technologically Literate Africa recycles computers to create technology labs in schools in rural her area and other parts of the country.

As a young girl, Nelly Cheboi watched her single mother, who had only been educated up to class five, work tirelessly so Cheboi and her three sisters could atleast attend school.

While still young, she observed that her immediate family and others in the community were sinking in a cycle of poverty and that their future looked dim every day.

Speaking to CNN, the youthful CEO said the conditions in her family and in most homes in the communities, were deplorable and that made her yearn to make a difference in the area adding that her mother worked hard but still they would go to bed hungry.

“She was working really hard, and I was still going to bed hungry. I was still sent home for tuition. I was still living in a house that was flooding. Looking at the poverty in the household, looking at the community and suffering, it just became so clear that I needed to do something,” said Cheboi.

Cheboi got a chance to attend college on scholarship basis in the United States and while schooling, she did odd jobs to support her siblings back home and in the process, discovered her passion for computer science. 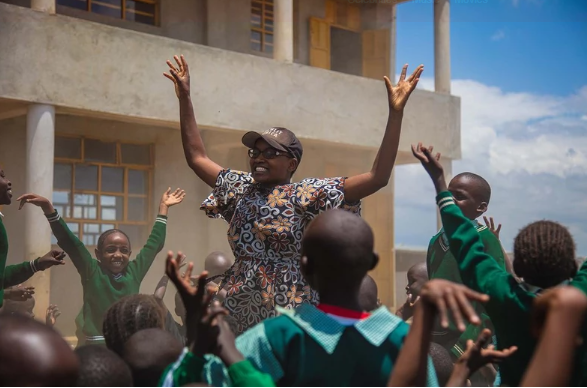 As of today, Cheboi is giving about 4,000 kids the chance for a brighter future through her NGO, TechLit Africa.

The organization currently serves 10 schools, and by early 2023 Cheboi intends to be partnered with 100 more schools to spread her charity work.