The internet has gone wild after a video of President William Ruto accidentally grabbing a clutch of genitalia during a photo shoot surfaced.

The president is attending the COP27 climate summit in Egypt, and let’s just say that things are getting hot and heavy in more ways than one.

A young girl who was excitedly running over to the president at the summit location to have a photo with him was captured on camera and posted on Twitter. 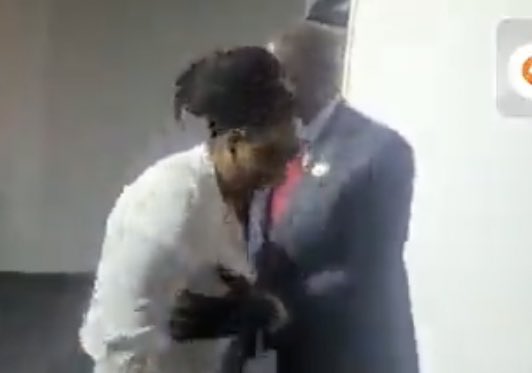 The small girl was graciously given a moment of his time by President Ruto. The mother of the children, who was observing from the side, is then invited to take part in the photo by the president.

Singer Jovial says she has more male friends; here's why