Keroche Breweries Ltd boss Tabitha Karanja is one of the most remarkable if unyielding businesswomen the country has produced to date. 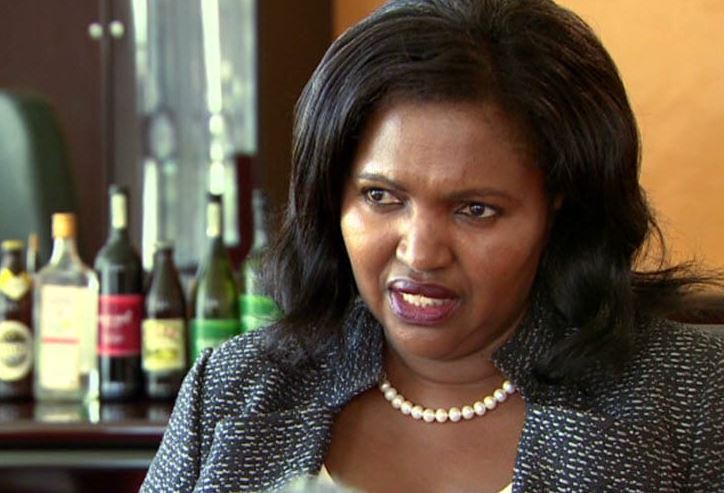 For her, the last 25 years have been a roller coaster ride. The CEO of Keroche Breweries, Kenya’s first large brewery owned by a non-multinational company, emerged from near obscurity in the agricultural town of Naivasha to become one of the most accomplished business people on the continent.

Her story is of a woman who overcame many tribulations to establish herself as a serious player in Kenya’s alcoholic drinks industry, which is dominated by Diageo-owned East African Breweries Limited (EABL).

Her business produces beers, wines and spirits under a variety of brand names, including Summit, Viena and Crescent. It is estimated that Keroche currently controls about 5% of Kenya’s alcoholic beverages market, a figure Karanja wants to push to 20% over the coming five years. 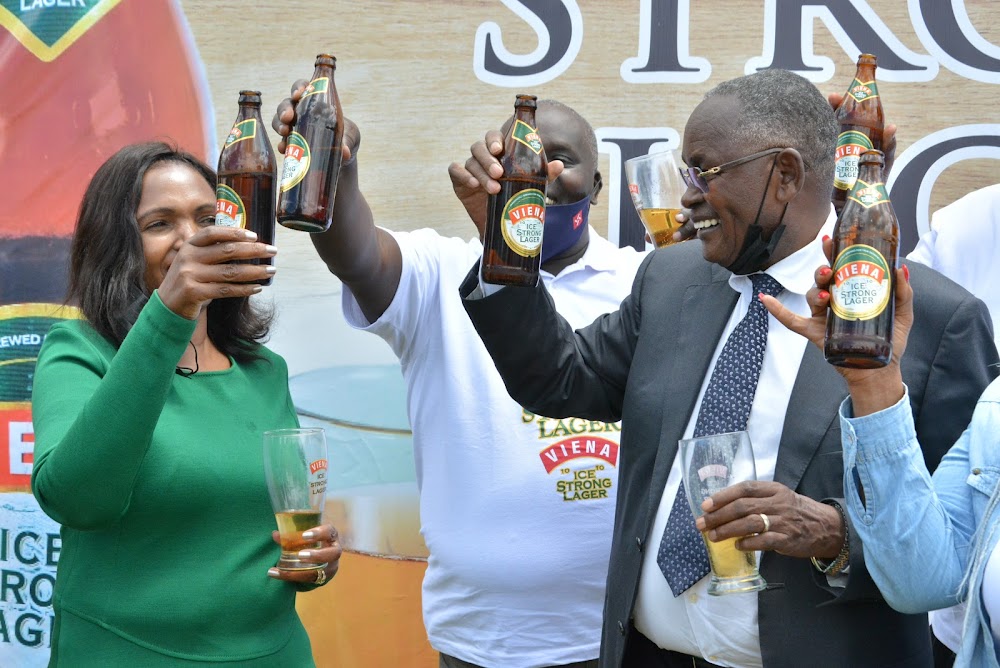 Speaking at the ‘Youthful Multimillionaire Entrepreneurial Conference’, Karanja shared her experiences in entrepreneurship.

If she could go back 25 years, knowing what she knows now, what would Karanja do different?

“I know it is not good to say this, but if I knew this is what I would go through I would not have started this business. But I am happy I did it… nothing can stop me now.”

Two decades ago Karanja was involved in the family trading business in Naivasha, situated about 90km from the capital Nairobi. The hardware shop she and her husband had operated for nearly 10 years sold products such as paint, cement, nails and iron sheets. Then they noticed a gap in Kenya’s alcoholic beverages market.

“The lower [income] market was neglected. People were left to drink whatever was available in their villages. So we decided to come up with a product that is hygienically produced, that meets international standards, that is affordable. We did a fortified wine – it was easy to get pineapple concentrate from [a local juice manufacturer], ferment it to get a wine, then boost it with [either] neutral alcohol… or gin,” Karanja recalls. “When we took it to the market it was received very well and [the business] started growing.”

One battle after another

It was a major accomplishment for the company, but as has always been the case for Karanja, a battle was just around the corner. 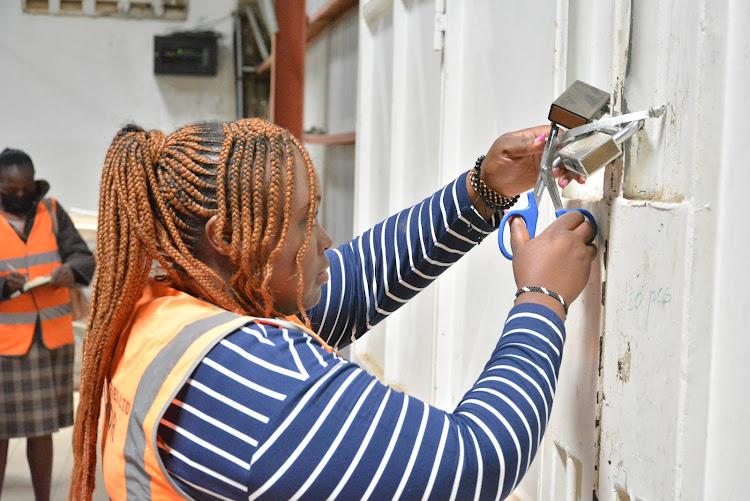 In July, some of Keroche’s products were targeted in a raid on illegal brews, costing the company millions of shillings in losses. The same month the Kenya Revenue Authority (KRA) raised the tax for Keroche’s Viena Vodka product – from Ksh.26 a litre to Ksh.120, backdated a year.

Keroche responded by going to court and obtaining orders barring the KRA from shutting down its business.

It is reminiscent of the 2006 dispute between the taxman and Keroche. Following a change of tariff for one of the company’s wine products, KRA demanded Ksh1.1bn in taxes backdated nine years within 14 days. A judicial review eventually concluded KRA was abusing its powers.

The first big confrontation between Karanja and the powers that be came when the company was just a few years old. One day she received a phone call, directing her to go and meet the minister of trade. Karanja thought her hard work had caught the eye of big government people. She had no idea the meeting was in relation to a motion brought in parliament the previous day by an MP who claimed there was a company in Naivasha that “is killing three people” in his constituency every day.

“In my mind it did not click that the company [they were talking about] was Keroche. I thought maybe the government wanted to support us. So I wore my best blue suit, carried my briefcase and a few samples. When [my husband] and I arrived we were given VIP treatment and quickly ushered to see the minister.”

Then the minister asked: “Why do you think you are being accused of killing people?”

Karanja removed her samples, showed them to the minister and thought she convinced him her products were legitimate. She went back to work, then one day soon after, representatives from several ministries arrived at her gates, with media cameras in tow.

“They put a court order declaring Keroche had been closed,” recalls Karanja.

“We in turn released documentaries about what Keroche does and it ignited public debate. We showed our certifications, and soon people started asking: ‘If three people die every day, that is a total of 90 in a month. Where are all these people?’ It became evident this was sheer malice.”

With certification proving her business was legitimate, and having gained public support, the matter was abandoned. Having survived that battle, Karanja started looking for other expansion avenues and spotted a gap in the beer market.

“When we went to the market to sell our fortified wine we would find people with crates waiting for beer up to 5pm and sometimes they would not get it. In the bars there were not many choices – you would be asked: ‘Do you want a cold one or warm one?’”

So she travelled to Germany on a mission to taste beers, settled on the right one, and invested in Ksh.1bn plant. But the choice of guest of honour at the launch of the factory came with more resistance for Keroche.

At the time Kenya had a coalition government of two opposing parties, put in place as part of a peace deal in the aftermath of the 2007-08 post-election violence. She invited the president as guest of honour, but he was not available, so the prime minister stepped in.

“Then people started saying Tabitha is [supporting the PM’s party]. We started fighting politics… From the launch it took us eight months to get the beer on the shelves… And I had a huge loan. I couldn’t sleep.”

Karanja says she has learnt to operate under constant crises.

“For most of what I have done, we were in crisis. I come out of one crisis, I forget about it, and before one year is over another thing comes up. Maybe the mistake I made was to think big.”

“Sometimes it is hard, especially when you know what is at stake, what you stand to lose. It is no longer about me, it is about the country. I did not want to be proof that we can’t do it. I turn to God, and I get up the next day energised,” says Karanja.

“My daughter has been working at Keroche for six months in innovation and branding. Yesterday we met in the lifts and she asked me: ‘How do you do it? I am so tired.’ And she has been here for just months. I am never tired – I know where I want to go.”

“Morocco is at the top of Africa. Until I reach Morocco with Summit (once of Keroche’s beer brands) and go all the way down to South Africa, I am not stopping. I will never say I am tired because there is still more ahead.”

The authority unsealed the brewery’s packaging lines, stores and reactivated the Exercisable Goods Management System as directed by the High Court two weeks ago.

The move paved way for the company to recall over 400 workers who were sent home.

The tax-collector hadf closed down the Naivasha based brewery after defaulting on an earlier agreed plan to repay tax arrears totaling to Sh300m.

The authority went ahead to issue agency notices to several banks against lending the brewer, fully paralyzing the operations of the company.

According to KRA deputy commissioner in charge of enforcement Mutembei Nyaga, they reopened the brewery following a court order issued on July 14.

He denied that the authority had dilly-dallied in obeying the order adding that the issue was still in court and hence the delay.

“Despite the court order we have appealed at the High Court and we hope that the matter will be heard and determined in the coming days,” he said on Friday.

Abel Mutua admits wasting millions he got from Tahidi High: "200k ingeisha in less than 3 weeks"