Mary Lincon, popular Kikuyu gospel singer, has sought prayers and repented after nude photos and videos of her went viral on social media.

The images are said to have caused trouble in her polygamous relationship with her partner, who supports her financially, threatening to repossess his gifts. 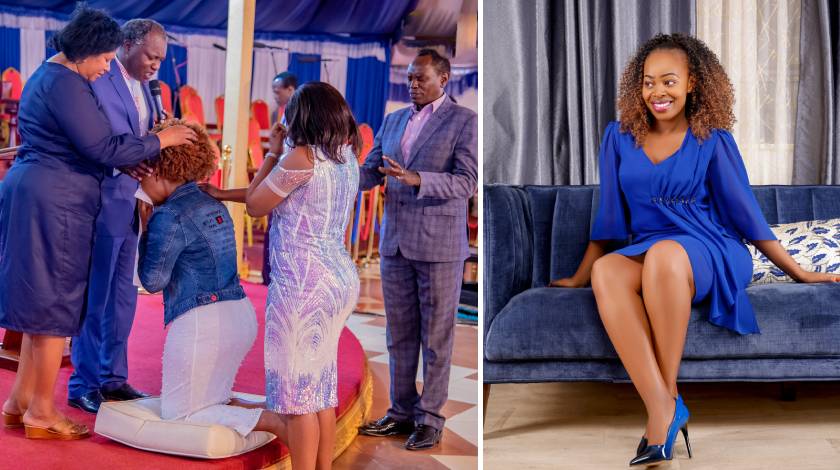 Blogger Martha Mwihaki Hinga, who is popular for publicising celebrity scandals, shared the nude photos of the musician who was a hairdresser in Nairobi’s Gikomba market before her music career took off.

Knowing how the internet is, many were wondering why she took the photos in the first place with the risk of them leaking.

However, she now says that after visiting Christian Foundation Fellowship (CFF) Church on Monday, October 31 for repentance and forgiveness prayers, she has now changed for the better.

“Our God is merciful and offers those who repent a second chance to resume service to him,” she says.

Mary says she is willing to move on from the viral footage adding that it is “now neither here nor there, what is important is that I am now full of renewed energy to continue ministering and spreading love of our merciful and forgiving God.”

She took to social media thanking Bishop Michael Wanderi and Rev David Mwangi for the prayers as well as fellow artistes and friends “who have been praying with me”.

Mary was accompanied by several artistes including Karangu wa Muraya who has also been trending online over allegations of taking someone’s wife for a holiday in Dubai.