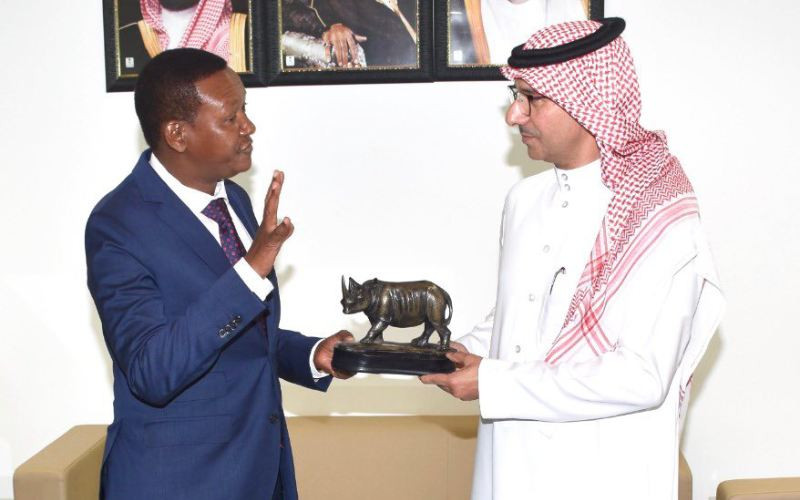 During the two-day visit, the CS stated that most of the root causes of the cases could be traced back to Kenya.

“It’s clear that the problems facing some of our people start back home in Kenya. The system is flawed and corrupt and unless it’s fixed, nothing will change.

“There is massive corruption in how Kenyans are prepared before they leave to be domestic workers in Saudi Arabia and follow up of Kenyans when they arrive,” Mutua disclosed.

His ministry aims to weed out illegal agencies by blacklisting them to ensure that they don’t run.

“We must break the cartels and streamline the agencies, some of which are owned by prominent Kenyans.

“We have agreed to work on a modality to get Kenyan labour agencies to have offices in Saudi Arabia to deal with issues concerning their clients,” remarked Mutua.

In a meet and greet with some Kenyans working in Saudi Arabia, the CS offered some hope for the workers after stating that all workers living in the Kingdom, legally or illegally, will be catered to.

“I have requested amnesty to be granted to Kenyans who have fallen out of status and are residing here illegally, those who cannot access medical care so that their documents can be legalized, and others given passage to return home.

“The Kenyan Government is also dispatching additional staff to the Riyadh Embassy to assist in the process of legalizing Kenyans who are out of status and processing travelling documents and other necessary work,” added Mutua.

Other solutions lined up to aid Kenyans living in Saudi Arabia include setting up a joint technical team of Kenyans and Saudi Arabian Government officials to fast-track labour issues, including the issue of exit visas.

In the same spirit, the CS offered a hotline number for workers to contact the ministry in case of any emergency.

On Monday, November 7, the ministry will roll out and enforce a list of requirements for any Kenyan aspiring to work in Saudi Arabia must meet before being granted permission to leave the country.

"I am qualified Kienyeji!" - Pritty Vishy asks Daddy Owen to marry her