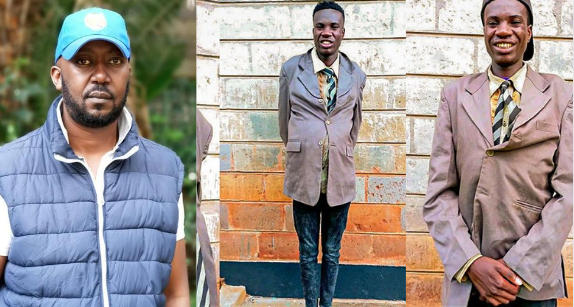 In an update on his Twitter, he said so far the charity has hit over Ksh100,000 and he is hoping to garner more and hand over the cash to him tonight.

“We do another ‘blessing’ round tonight then hand over kibunda mzuri. So far we are above 1,000$ and still climbing. Every cent we collect @austintexanone will match. Our Riggy G will have his cash tonight atese mbaya!” Kibe wrote in a tweet.

This comes barely days after the TikTok sensation whose real name Zacharia Kariuki, revealed that Nairobi governor Johson Sakaja had cleared his fee arrear of Ksh 10,900 just before the deadline after an online appeal went viral.

“After I posted my issue on fees, many of my fans offered to help. I want to thank Sakaja for paying my fees. Thank you and God bless you all.”

“All I can do to repay this gesture is to continue entertaining you through my content,” he added.

List of highest paid influencers in Kenya, see the amount they make