The Communications Authority (CA) on Saturday, October 15, issued a warning about the impending deregistration of unregistered sim cards. 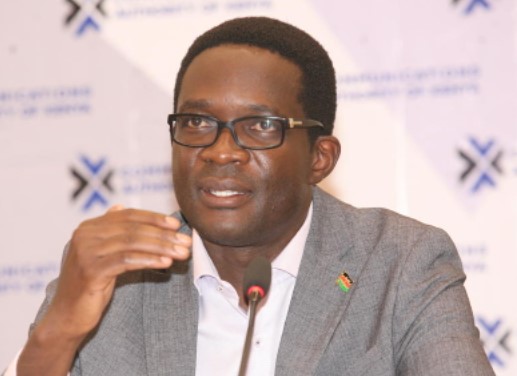 Through a statement released on Saturday, October 15, CA stated that the deadline remained as earlier communicated.

“Here’s a friendly reminder. Why wait until your line is deactivated on Saturday at midnight, October 15?

“You have until 11 pm today to ensure your SIM card registration details are updated. Protect yourself and others by updating your details today,” read the statement from the Communications Authority.

Notably, the October 15 deadline was set after the CA reviewed its former deadline in April 2022 to allow mobile operators to address issues raised.

The registration, the authority stated, was meant to curb security threats in the communications sector.

According to the Communications Authority, over 12 million subscribers had not complied with the requirement to register by the close of business on Thursday, October 13.

CA maintained that subscribers who would not have registered within the deadline would be barred from calling, sending messages and accessing the internet.

However, the authority, through its assistant director, stated that the process would be ongoing to allow unregistered cards to comply with the requirement.

“After the October 15 deadline, subscribers whose lines will have been deactivated will still have an opportunity to re-register.

“Of course, they will have more to do after being deactivated,” CA Assistant Director Liston Kirui stated.Telecommunications companies provided USSD codes for the purpose of sim registration alongside online portals.

To register, the subscriber must fill in phone numbers and upload copies of their identity cards.

Mobile service providers, nonetheless, assured subscribers of the safety of their details in line with the Data Protection Act.