After ending his copyright strike and re-uploading his song Lalala on Youtube, Kenyan musician Willy Paul is content.

Pozze released a clip of the song on Instagram as a way to celebrate the return of his song with purported new bae Jovial to YouTube.

He continued by thanking God for giving him his brand-new song back. 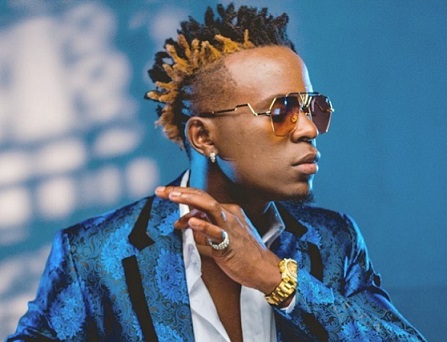 Additionally, he urged his followers to return to YouTube and listen to the music because it wasn’t yet the number-one trending item.

The post’s caption read, “I worship a live God who adores me greatly. The song #LALALA is finally back on YouTube, but it’s not trending.

“Keep streaming the song fam and let the devil know that I am protected by the blood of Jesus and still here to stay…. this is a very beautiful song that everyone should at least try and listen to…#LALALA”

A crosscheck done by this writer indicates that the song was pulled down after a musician identified as King Jones claimed that Pozze had taken parts of his music and incorporated them into the new song.

That misunderstanding seems to have been fixed in a jiffy and the song is back online and has over 444 thousand views and over 27 thousand likes.

However, having the song back is not the only thing the 29-year-old is celebrating at the moment.

The artist just hit over a million subscribers on his Youtube channel making him the third artist in Kenya to accomplish such a feat after RnB artist Otile Brown and musician artist Bahati.