The Mathenges have revealed through Nameless that their third child is a girl.

Nameless made the happy news public by posting on his Instagram that he will or already is a father to daughters. (Although we are still unsure whether they have given birth, all indications lead to a successful delivery) 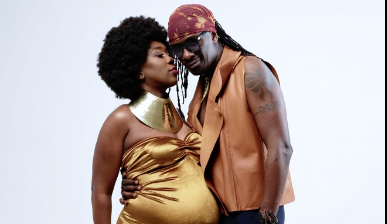 Dad of the joyful girl wrote the announcement’s caption.

“BabaGalz Chairman honored, excited and ready for Duty!” he said.

He also mentioned that they found out they were having a girl at the gender reveal celebration that was conducted two weeks ago.

A video from the Mathenges shows Wahu popping a balloon that releases pink.. She laughs in joy as Nameless raises his hands high in the air praising God. 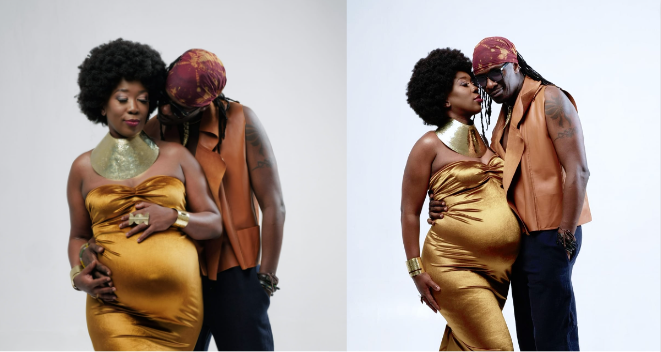 The countdown to the reveal got their fans so happy for the couple who serve goals in marriage.

Nameless has over the past two days been telling that he is a nervous wreck, showing a video running away from the labor ward.

This will be their third child. They have two other daughters Nyakio and Tumiso.

Fans have been guessing the gender of the unborn child.

Wahu on her part has told Nameless that he won’t delegate diaper changing when she shared a snippet of the party, after he said his two other daughters were eager to take care of their new addition.

“I think you mean you and your fellow eager diaper changers 😛. Hakuna kudelegate ma fren 😌”

The reveal party was attended by their close friends Bien Aime, among others.

Biens wife Chiki congratulated the couple “Was honored to be there ❤️”

Diana Marua who is also speculated to have given birth also, has expressed her joy. “Congratulations ❤️❤️❤️❤️❤️'”

The gender reveal ws held soon after Nameless jetted back to Kenya following his successful US tour.