Size 8 is among musicians who started out as a very naughty secular singer before she turned over a new leaf and eventually became a pastor who performs ‘big miracles’ like an exorcism.

The born-again singer was the most popping songbird in Kenya during her heydays as a secular musician. She dominated the airwaves with hits like Vidonge, Silali, Moto among others.

At the height of her secular music career, Size 8 was known for dropping steamy live performances that included her twerking, grinding on male dancers among others.

However, Size 8 got saved in 2013, shortly after she got married to DJ Mo. She has never looked back to admire her former life as her faith only grew stronger over years. 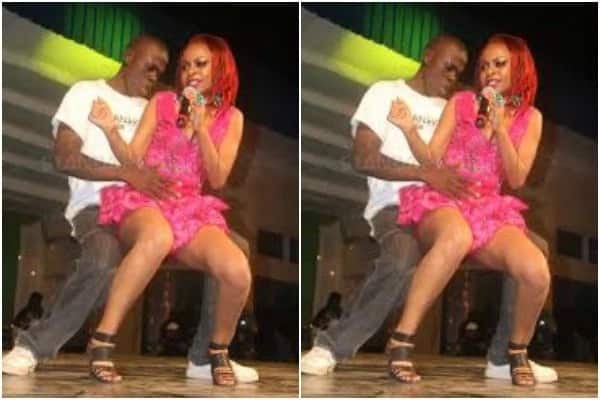 The mother of two became a new person altogether when she gave her life to Christ. She even requested local TV and radio stations to stop playing her secular songs.

Size 8’s near decade-long journey in salvation culminated with her being ordained as a minister to spread the gospel of Christ and save more lost souls.

After eight years into salvation, Size 8 was ordained as a pastor on December 12, 2021. However, In April 2022, pastor Size 8 came under scathing attack with critics saying she is a fake preacher after she was seen in a viral video exorcising demons out of a woman.

Circuit of ‘Manyake’ hit song is among unlikely musicians who ended up as a preacher after he got famous because of sexually charged catchphrases.

The rapper together with his partner Jo-el released one of the most sexually explicit and downright nasty songs ever released in Kenya’s history – ‘Juala (Manyake)’.

Circuit ‘disappeared’ from the limelight until 2018 when he resurfaced as a preacher. He rebranded himself to Circute Righteous and was ministering at the Harvest International Centre Church.

Lovy Longomba and his late brother Christian ruled the Kenyan music scene in the early 2000s. The duo topped charts with their hits such as Dondosa, Queen, Vuta Pumz among others.

The duo was known for dropping steamy performances at the height of their musical success. They however relocated to the US where Lovy gave his life to Christ.

Lovy started the Revelation Church of Jesus Christ (RCJC) in Los Angeles where he currently is the lead pastor (he now calls himself a prophet and performs miracles).

He visited Kenya in March 2021 following the death of his brother Christian and told Jalang’o TV in an interview that he bought his church about a year earlier at $8,075,000/Ksh880 million.

Simon Kimani, more popularly known as Bamboo, was one of the most ratchet rappers in Kenya during his heydays.

Bamboo dominated the airwaves with several hit songs but it was ‘Usilete Compe’ that cemented his legacy in the industry.

The veteran rapper literally disappeared from the limelight after he stopped popping musically.

Bamboo’s whereabouts remained unknown until early July 2022 when his sister Victoria Kimani mentioned him while responding to questions raised by fans during an interactive Questions and Answers (Q&A) session on Instagram.

A curious fan asked Victoria if she was working on any project with her brother Bamboo.

Responding to the question, the sultry singer said she couldn’t work with her brother on any project because he is currently a pastor.

“No. My brother is a pastor now,” Victoria Kimani said.

Bamboo gave his life to Christ in 2013 and has since relocated to the US, where he lives with his family.

Young MP Peter Salasya locks horns with Aden Duale: "You're not qualified to be CS"