The former governor of Nairobi has retaliated against veteran performer DJ Kalonje for referring to him as a “useless” guy on Friday. 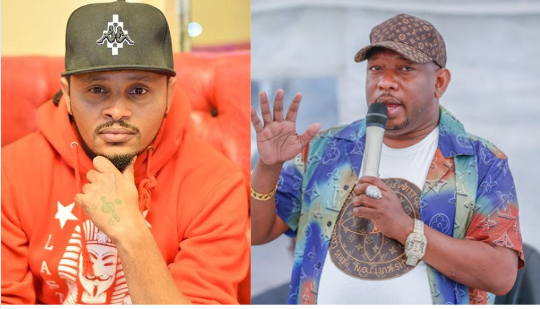 Sonko claimed that Kalonje did not contact him for assistance as the DJ had claimed in an Instagram post on Saturday, branding him a liar and a blackmailer.

“@deejaykalonje take your useless blackmail to hell, I’ve checked my Instagram inbox and you didn’t reach out to me,” he said.

Sonko, notorious for being bare-knuckled, informed Kalonje that he was under no obligation to assist him.

He went on to question him whether he had turned into a “slay queen” in order to plead for political assistance.

“Usaidiwe na politician kwani wewe ni slay queen? (Are you a slay queen to ask for help from politicians?)!” he said.

Sonko’s comments came after Kalonje wrote on Instagram saying Sonko and the former Starehe MP Jaguar did nothing to help him during their term in power.

“Politicians who had their chance to help the community but didn’t. @Jaguar and @mike sonko.When I reached out when my studio was taken over by Somali cartel mlinizungusha.”

The entertainer further said his father had passed on, following depression after losing his office in a day.

“I single handedly brought back my empire up again from scratch. Mungu ni nani…” he seemingly bragged.

“I know Amo, Sakaja and my Luwi will come through!!.. Maybe Jalas will also help me seeing I came through his events also,” he said.