Actor Baha’s lover, Georgina Njenga has confirmed that the two are no longer together due to unsolvable issues.

Taking to her Instagram stories, Georgina announced the break-up saying:

“Me and Tyler are no longer tBodogether due to unsolvable issues.” 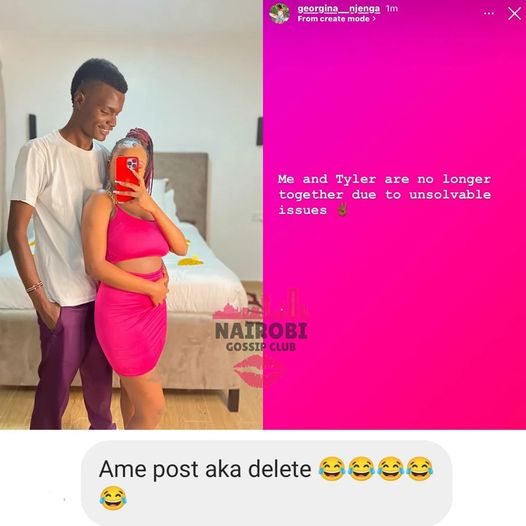 Georgina recently hit out at social media trolls calling on her to ‘work on her body’ just two months after she welcomed her baby. 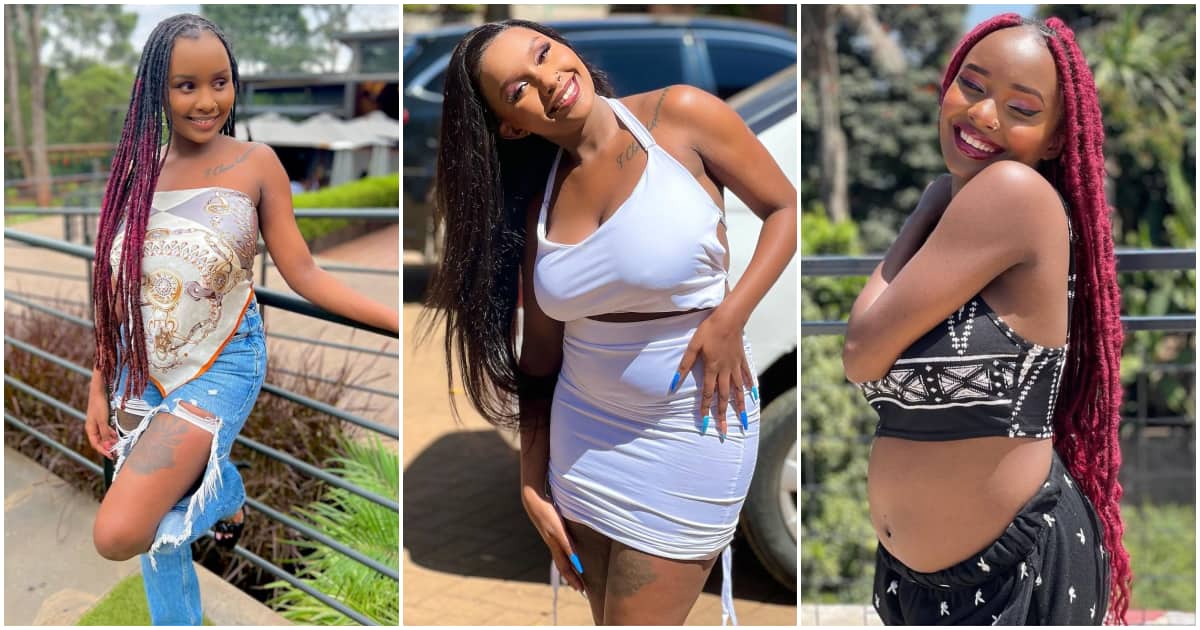 In a social media rant, Georgina says when she got back after a social media break, her page has been full of body shamers who have been calling her out for something as natural as adding weight after delivering her baby.

“Ever since I came back to my social media accounts, I’ve come across all comments “Your boobs are sagged” “they are bigger” “umenona” “work on your body” and other nasty things,” wrote Georgina.

However, Georgina was clear that she was never going to succumb to social media trolls and will not do anything to please them and if anything, she will do it in her own time.

“But one thing I’ve promised me is I won’t feel pressured to bounce back, I made a whole human being in m body and I’m breastfeeding her I’ll take my time to get there because I am beautiful regardless. For the stretchmarks I got I’ll embrace them because they are marks of love.”

The mother of one advised her fellow moms who are battling such comments and trolls to always remember that they are ‘beautiful and you’ll get through this.’

Speaking in a recent interview with Mungai Eve, Georgina said her baby came at 32 weeks and on Baha’s birthday.

The new parents had planned a baby shower and gender reveal on Baha’s birthday but the baby came on that day and they had to cancel all the plans.

“I felt bad and in my next pregnancy, I think I will do my baby shower early,” she said.

“I was so scared since my daughter was in the incubator for six days then she had jaundice.”

At some point, Georgina says she felt as if it was her fault that her baby came early.

“I was told it mainly happens to those who deliver at a young age. My mum has been supporting me and also, as a new mum, everyday, you unlock a new thing. I use Google so much and also call my mum most of the time when I have a problem.”

Georgina said being a first time mum, at some point felt so scared during the first weeks.

“I used to cry everyday. My scare was if she was growing healthy. She used to over sleep and so, I would wake up and pump milk and feed her.