About 400 Mungiki members were escorted by Waruinge, who was then preaching the gospel and had undergone reformation, to the Masonic lodge, where Freemasons held their secret meetings and prayed, 22 years ago. 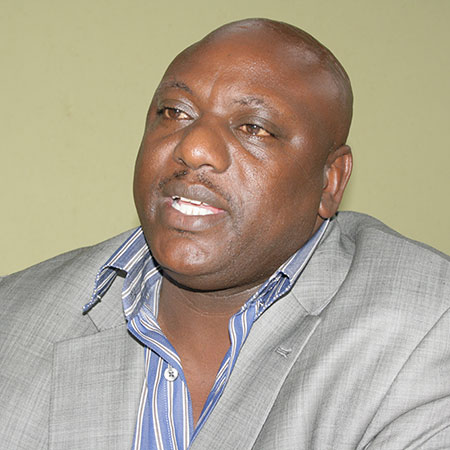 However, the plan to destroy the hallway was abandoned when they discovered various paraphernalia, including skeleton figurines.

Following rumors that a Freemasons snake had allegedly sucked the child of one of their members in the Jericho estate, followers invaded the lodge armed with jerricans filled with gasoline.

“Following the claim, and out of curiosity, we decided to revenge by storming the Freemasons’ Hall with the intention of burning it,” said Ndura, founder of Crusaders for Christ Ministry.

According to the Daily Nation’s account of the incident from October 23, 2000:

“Singing traditional songs and occasionally snuffing tobacco, the group of about 400 marches on – match boxes and petrol in hand. Ahead lies the Freemasons building on Nyerere Road, Nairobi. ‘We will burn it down’, they chant. ‘It promotes devil worship.’”

Waruinge alluded at the sect’s plan to destroy the Freemasonry building before the unsuccessful invasion when he said to the media:

“It is only a matter of time. The halls must go; they must be destroyed.”

Recalling the incident, Waruinge claims he began receiving threats from powerful politicians and religious figures when attorney Ambrose Rachier admitted to being a Freemason in a television interview.

The former Mungiki leader is still baffled as to why the hall didn’t catch fire despite attempts to ignite it after they doused the “carpet” in gasoline.

Mercy Maluli: From Selling Socks To Dressing Maina Kageni, Jalango among other celebrities