Since Independence Kenyan presidents have had individuals who have wielded massive powers as aides, members of the kitchen cabinet or simply, the President’s men.

One man, Farouk Teigut Kibet or Popularly known as Farouk Kibet has risen from a mere aide to become one of the most loyal and trusted allies dependable by William Ruto in his meteoric rise as Kenya’s fifth President. 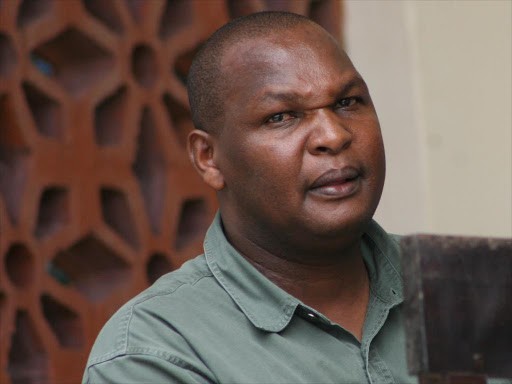 He was born and raised in Kapkechui village in Turbo Constituency on the border of Uasin Gishu and Kakamega Counties.

The man who started his basic education in Chepkemel Primary School has been touted to play a similar role in Ruto’s camp like that of Nicholas Biwott during the late President Daniel Moi’s regime. So powerful was the late Minister that he was nicknamed ‘Total Man.’

His desire to work with Ruto earned him a nomination, making him the councillor of Wareng from the same year until 2003.

However, since 1997, Farouk dedicated his resilience and hard work combined with charisma to serve the new Head of State.

Today, the President sees Farouk as the mark of honour, truth and loyalty. His ego-dystonic character and operations as the President’s close aide has left many Kenyans and politicians close to the president in stitches.

For the last 10 years, William Ruto has considered Farouk as his political pointman who has even rubbed shoulders with the likes of Garissa Town MP Aden Duale and Elgeyo Marakwet Senator Kipchumba Murkomen.

During the burial of Farouk’s father, Duale jokingly explained how MPs face challenges at the office of the Deputy President under the watch of Farouk Kibet.

“If you have never seen a dictator, the dictator is Farouk Kibet, You know he doesn’t have an office, but he has a corridor that is called Corridor of power.

You know at the office of the Deputy President by one O’clock there is food, but if there is someone who can make you miss the food, it is Farouk Kibet, even when you are hungry he can tell you to come on Tuesday,” Duale stated

Additionally, Elgeyo-Marakwet senator Kipchumpa Murkomen also came out to explain how Farouk has wielded powers that even the President himself is not aware of.

“When you go to the office of the Deputy President, you may not know because you are inside, Farouk outside is the one arranging us, he has powers that you don’t know,” Murkomen stated

However, Ruto has always been forced to defend his loyal aide from MPs allied to him.

“I could not have a personal aide, if this old man was not there, I am very proud of Farouk Kibet,” Ruto stated

It is no secret that Farouk, whose name in Arabic translates to the one who distinguishes right and wrong, is the gatekeeper to the President. He has been hated and loved in equal measures according to his performance as the aide to the President.

As Ruto assembles his trusted men and women to stand by him as he leads the country, this man Farouk will definitely be in that number.