A manhunt has been started by police in Nairobi County to find a missing Independent Electoral and Boundaries Commission (IEBC) officer.

A police complaint obtained by Mkenyaleo.co.ke states that on August 11 at around 9 am, Daniel Mbolu Musyoka, 50, the returning officer for the Embakasi East constituency, unexpectedly vanished. 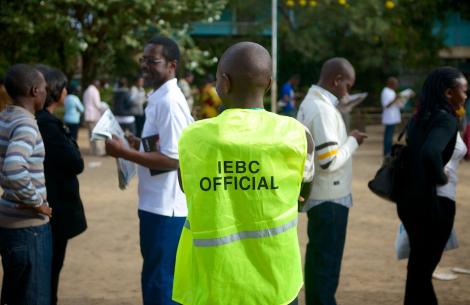 APC Dennis Maina Gichure, Musyoka’s bodyguard who escorted him from his home at the East African School of Aviation to the tallying center within the same campus, reportedly reported the incident to the police.

“At around 9:45am, he excused himself for a call but never returned till now. His mobile phone is off. His duties at the tallying centre are being conducted by the assistant returning officer,” the report reads in part.

According to the detectives, Musyoka was not sick but had a medical history of high blood sugar.

“A search has been conducted in several surrounding hospitals, but he is yet to be traced. Search is still ongoing. Progress report to follow,” the police said.

Wafula Chebukati: We wish to inform the country that our Returning Officer of Embakasi East, Mr Daniel Musyoka, has been reported missing while on duty at the East African School of Aviation tallying centre #KenyaDecides2022 #KenyasChoice2022 #KenyaElections2022 pic.twitter.com/pVHdv0fB50