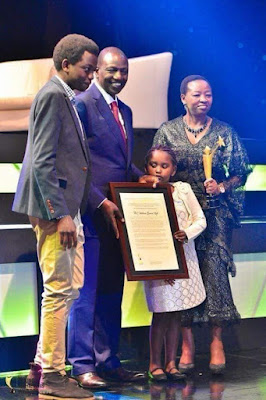 Deputy President William Ruto took Nadia as one of his own, and decided to name her Cherono after his mother.
Nadia was born and buried somewhere in Machakos when she was only a day old. 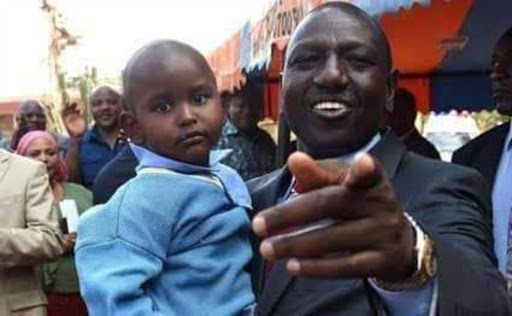 The DP said he was touched by the girl’s story after she was abandoned but later rescued by nuns who took her to Ippolita Children’s Home five years ago.

“The story of Nadia who was found buried, her body partly decomposing and abandoned as as newborn and has been under the care of sisters at Madre Ippolata Children’s Home touched my heart. I have named her Cherono, after my mother and made her part of my family,” he said. 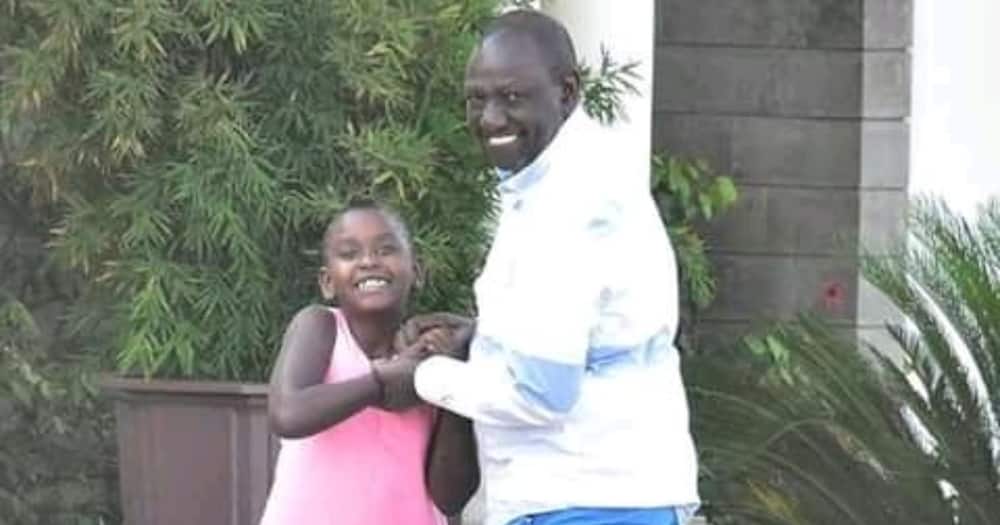 Many Kenyans were touched when they heard the story on Nadia Cherono, DP William Ruto’s adopted daughter. 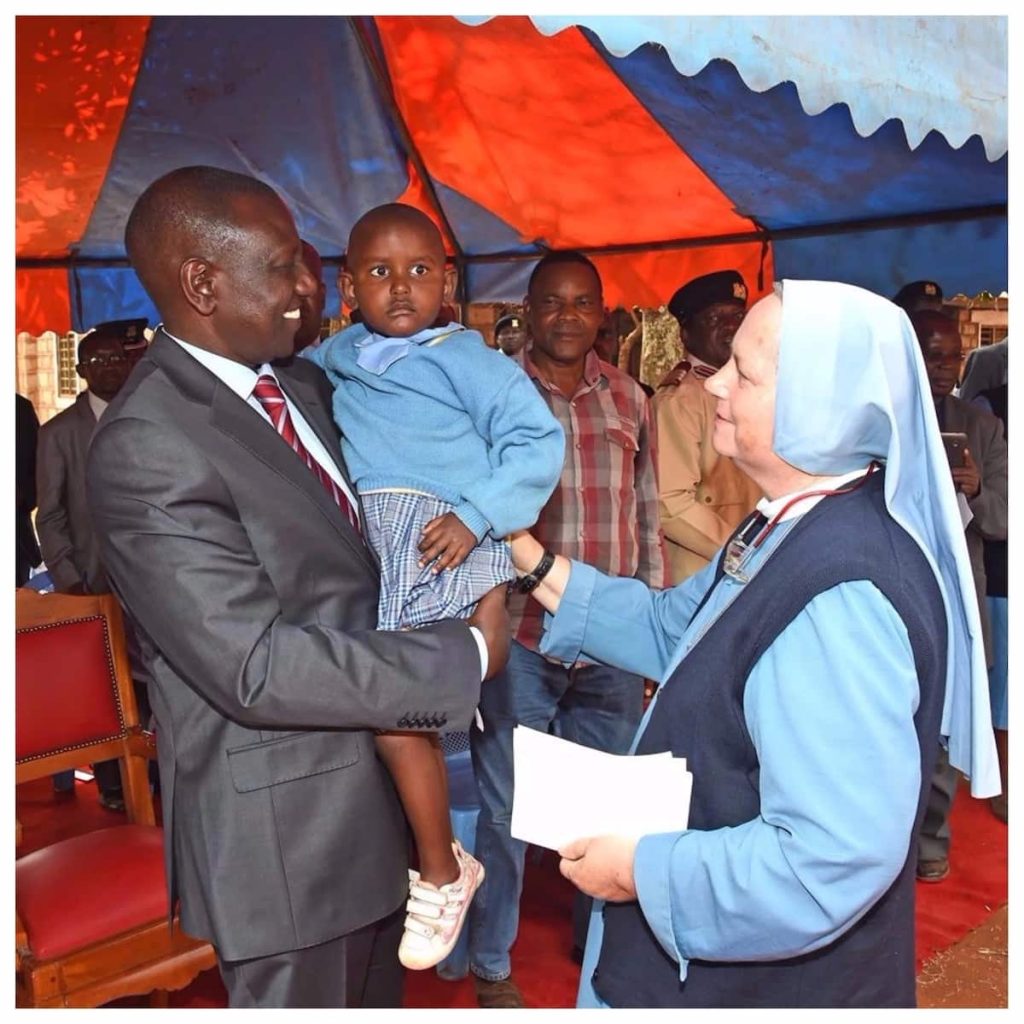 Looking at the photos, Nadia is growing healthily and cheerful.
She is one of the six children in the family who include Nick Ruto, June Ruto, Stephanie Ruto Charlene Chelagat Ruto and George Kimutai Ruto.

Recently, during the General elections, Nadia accompanied Ruto to the Bomas of Kenya where he was declared the president elect.

Ruto’s wife walked behind him and looked dazzling as she held hands with her. 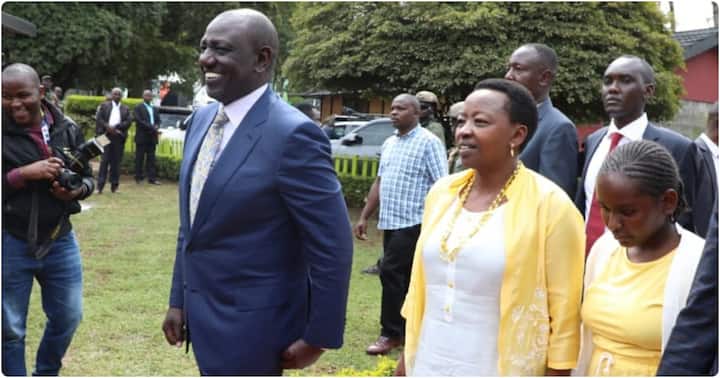 They wore matching white and yellow outfits, with the young one having simple school lines to complement her awesome look.

Rachel had a yellow necklace and earrings with her hair in a cute afro and smiled proudly.

Ruto’s wife has been a great help and a contribution to his campaign as she mobilized women to vote for her husband.

Here are some of the photos of the all grown up girl sharing a light moment with her father William Ruto: 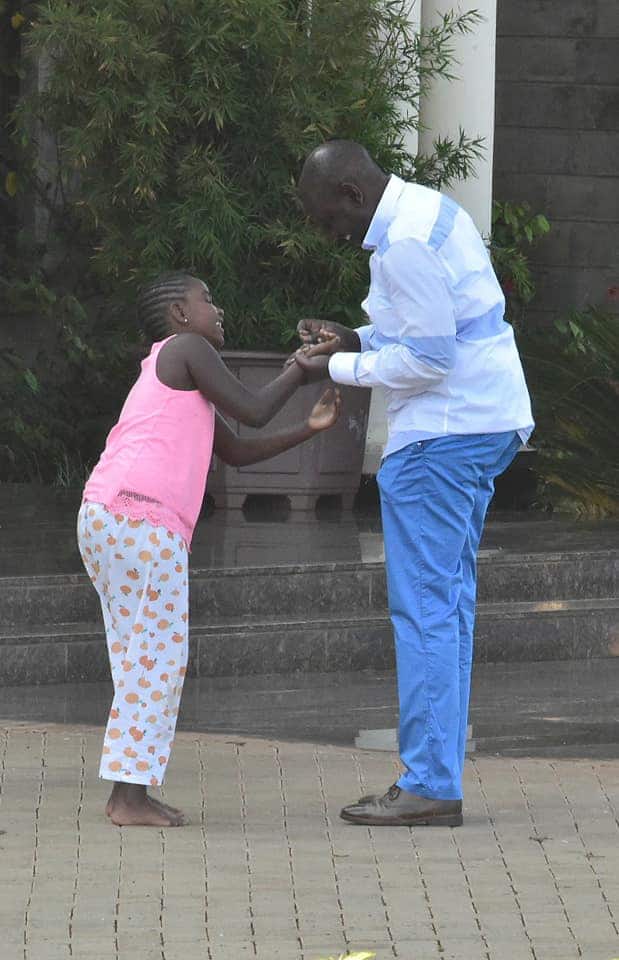 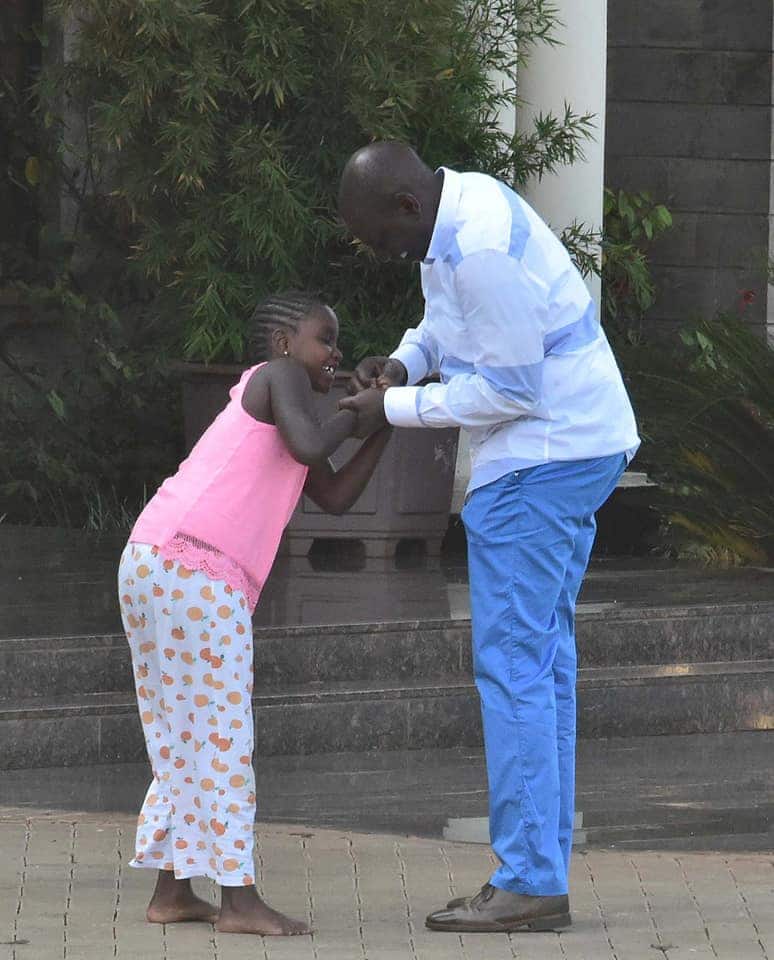 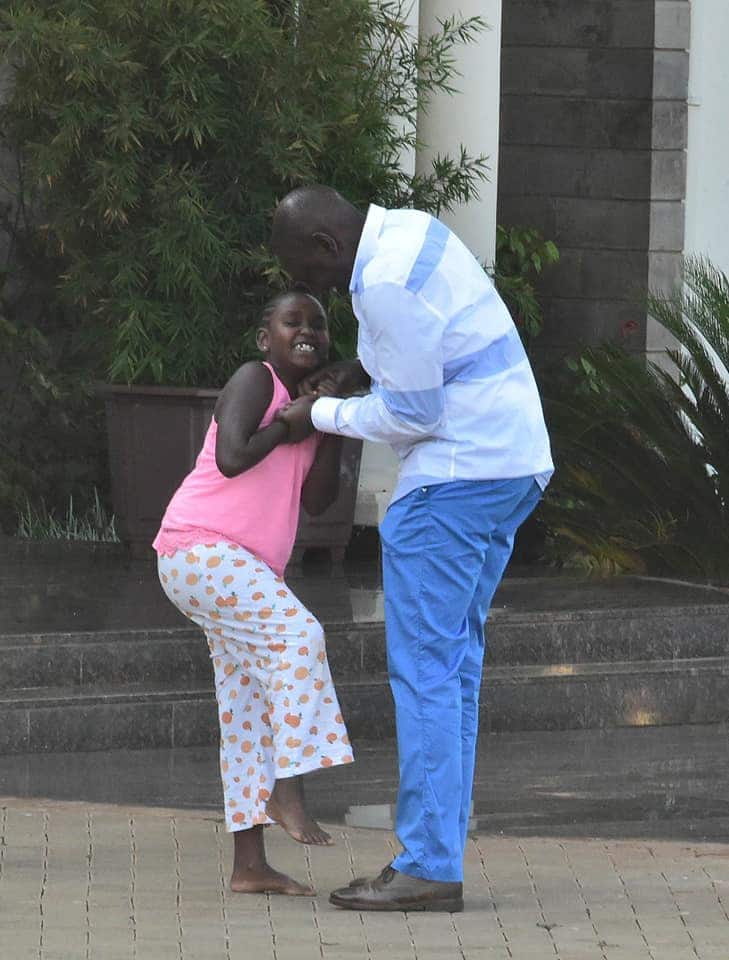